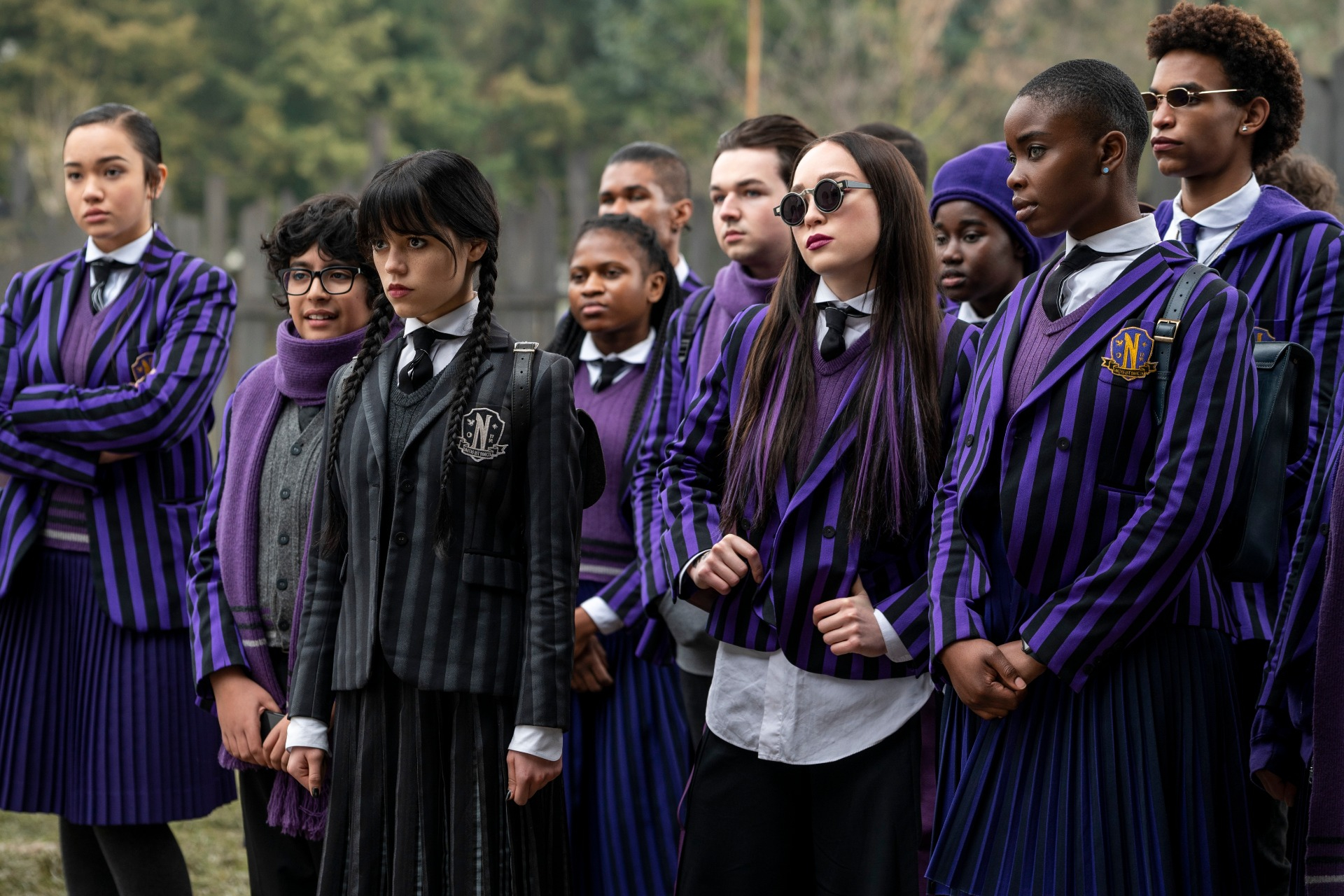 The father of Tyler Galpin, Sheriff Donovan Galpin was born and raised in Jericho and has “always had an issue with Nevermore Academy and a vendetta against former student Gomez Addams.” The Sheriff is played by Jamie McShane, who has also appeared in Sons of Anarchy, Gone Girl, CSI: Vegas, and The Lincoln Lawyer TV series.

Tyler Galpin is the son of Sheriff Donovan Galpin and one of the regular people that happens to live near Nevermore Academy. According to executive producer Miles Millar, there’s a lot more to this young barista than meets the eye – “Tyler’s the ultimate boy next door who you discover has a darker past.” Tyler is played by Hunter Doohan, whom you may recognize from the TV series Truth Be Told, Your Honorand Schooled.

Percy Hynes White is Xavier Thorpe, a “mysterious” boy at Nevermore that intrigues Wednesday despite her initial irritation toward the opposite sex. Thorpe is a psychic painter who has the ability to make his paintings literally leap off the canvas. You may recognize Percy Hynes White from the Netflix series Betweenthe short-lived X-Men series The Giftedand the recent reboot of The Twilight Zone.

Emma Myers plays Enid Sinclair, Wednesday’s bubbly and colorful roommate, who happens to also be a werewolf. While these two seem like unlikely companions, they discover that they have a lot to learn from each other. Before WednesdayMyers appeared in the Lifetime original movie A Taste of Christmas and the Snapchat original series Dead of Night.

Bianca Barclay is the queen-bee of Nevermore, that is until Wednesday appears. Bianca is a powerful siren who has the ability to persuade people to do what she wants, but she’s also “hiding family secrets and other struggles.” She may be antagonistic toward Wednesday, but Bianca is more than just the stereotypical mean girl. Bianca is played by Joy Sunday, whom you may recognize from the movie The Beta Test or the TV series Dear White People and Good Trouble.

Ajax Petropolus is a student at Nevermore and a Gorgon, a creature from Greek mythology that can turn people to stone just by looking at them. Petropolus is played by Georgie Farmer, who has also appeared in the Disney series Evermoor and the Jason Bourne spin-off series Treadstone.