Andor finale review: one of Star Wars’ best chapters yet 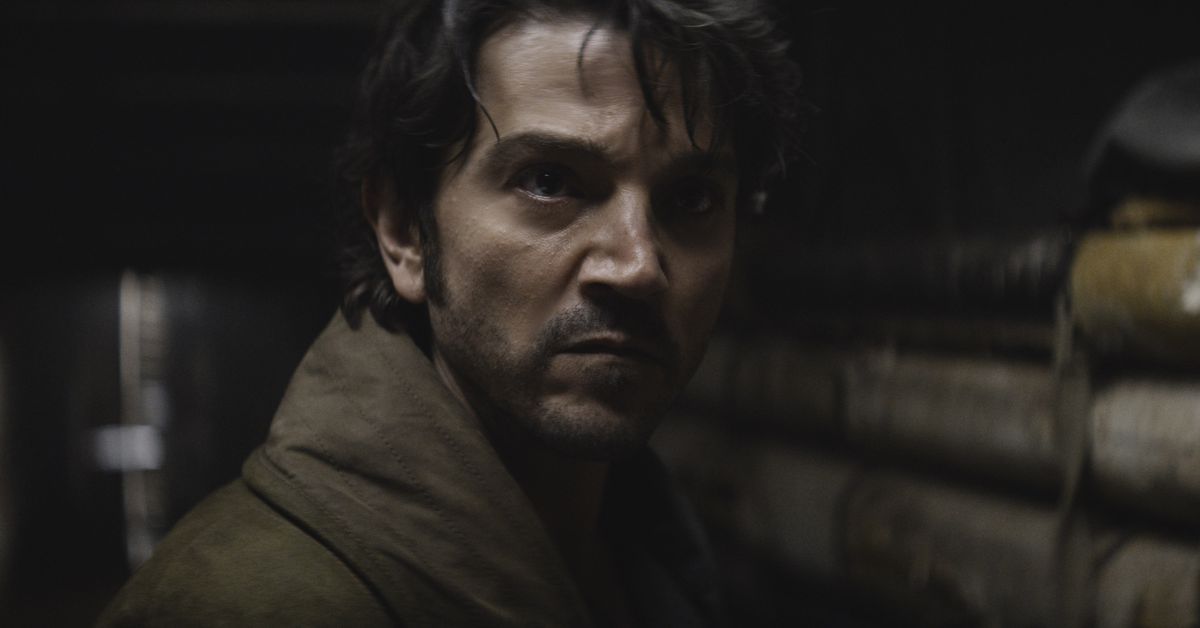 In the same way that Star Wars has always been bigger than the Skywalker family, Disney Plus’ Andor has always been about so much more than how its eponymous vagabond became a freedom fighter. From the very beginning, Andor took care to emphasize the universal power of collective action, and to illustrate how resistance in the face of fascism is both an action and a state of mind. But in its season one finale, Andor got down to brass tacks about what it really means for people to wage war against one another, and in doing so, solidified its status as one of Star Wars’ most franchise-defining stories yet.

Despite it being the dramatic climax of Andor’s first season, “Rix Road” from writer Benjamin Caron and director Tony Gilroy feels like the beginning of something momentous and massive. Cassian Andor (Diego Luna) put a target on his back by killing two Empire-aligned security officers in Andor’s first episode, and spent most of this season gaining a deeper understanding of what a precarious time he and his loved ones have been living through. Were it not for Andor’s actions on Morlana One, the Empire likely never would have fixed its focus on the planet Ferrix with such intensity. Had Andor been able to keep an even lower profile, he might not have ended up in prison alongside countless others unjustly sentenced to labor for the rest of his life. Andor’s mother Maarva (Fiona Shaw) might still be alive, and his childhood friend Bix (Adria Arjona) might not have been tortured by the Empire if only he’d kept his head down and tried harder to avoid conflict.

But the choices Andor made are also what put him on the path to meet rebels like Luthen Rael (Stellan) and Vel Sartha (Faye Marsay) just as the nascent Rebel Alliance was coming into its own as a powerful presence. Andor’s why the explosions that literally shook Aldhani metaphorically reverberated so far and wide across the galaxy that Mon Mothma (Geneveive O’Reilly) and the other senators on Coruscant could feel their impact long before anyone understood their cause. As Cassian secretly returns to Ferrix for Maarva’s funeral in the opening scenes of “Rix Road,” it isn’t really clear to him or anyone else on the ground what an outsized impact his decisions are having on the arc of history. What makes “Rix Road” such a satisfying finale to the season, though, is how it unfolds into a brilliant example of both sides of the Force moving in different ways that have little to do with space wizards.

Like Rogue One before it, Andor’s never shied away from killing off characters with a swift casualty meant to remind you how quickly people’s lives can come to an end in the thick of war. But along with acting as a kind of tragic beacon that draws a number of Andor’s heroes and villains together on Ferrix, Maarva’s death works to crystallize some of the show’s more meaningful ideas about fighting fascist power structures.

Though Cassian himself is devastated to have lost his mother, and willing to risk his life in order to be nearby for her funeral, there’s a palpable sense of profound loss throughout their entire town that speaks to how loved Maarva was by the people of Ferrix. It’s obvious to Cassian’s buddy Brasso (Joplin Sibtain) and everyone else that the Imperial Security Bureau see Maarva’s death as the perfect opportunity to lay a trap for her son, and to finally put an end to him. But it’s also clear to Brasso, B2EMO (Dave Chapman), and every other person who knew and loved Maarva that her death marked an important turning point for them both as a local community and as part of the subjugated class living under the ISB’s tyranny.

The way Brasso and the others push to give Maarva a traditional Ferrix funeral might seem insignificant in the grand scheme of things if one were to look at it simply as a group of people trying to honor one woman’s life. But “Rix Road” centers the funeral and all of the customs that make it a unique part of Ferrix’s cultural identity, and frames the townspeople’s adherence to tradition as a powerful act of resistance that strengthens them the ISB stares them down with guns drawn. Maarva’s surprise return from the dead as a hologram, and her call to her friends and family to take up arms, doesn’t lead to the most (literally) explosive battle Andor’s featured. But in the moment when the funeral goers all decide to charge the ISB, they’re stepping up to help make real their collective dream for liberation. And while a great number of them die in the ensuing battle, “Rix Road” hammers home (courtesy of the Time Grappler portrayed by Neil Bell) how they didn’t give their lives in vain.

It’s as much a shock to Dedra Meero (Denise Gough) as it is to Syril Karn (Kyle Soller) when their armor-clad colleagues start dropping left and right while the people of Ferrix take them by surprise with a few well-tossed grenades. It also alarms them both to unexpectedly find themselves on the ground level of a battlefield armed only with their wits, a pistol, and a shared desire to survive. After Syril personally saves Dedra’s life, however, both of them can sense that there’s something deeper, and perhaps beneficial to the way their paths keep intersecting.

Some of Andor’s smartest and most fascinating characterization has come by way of its explorations of people’s relationships with their parents. While Maarva’s dynamic with Cassian is certainly in play in “Rix Road,” it’s Syril’s dysfunctional bond with his mother Eedy (Kathryn Hunter) that feels key to fully appreciating the significance of his coming into Dedra’s favor.

It’s not just that Dedra and Syril both love participating in bureaucracy state-sanctioned violence. He’s an emotionally-stunted man with self-esteem issues stemming at least in part from growing up with an emotionally abusive, overbearing mother. And she’s a habitual go-getter trapped in a perpetual state of fight or flight because her chosen place of work is full of competitive, arrogant men who dismiss her talents for evil bureaucracy because she’s a woman. Dedra and Syril are, in a very twisted sort of way, exactly the sort of people each of them has needed to have in their corners, and “Rix Road” makes clear that their latest fateful meeting on Ferrix is going to change more than just their lives.

Compared to Disney Plus’ other Star Wars series, Andor’s spent far less time explicitly talking about the unseen energy that connects all of that fictional world’s living things to one another. But “Rix Road” feels very much like a reminder of how the Force moves through all people — manifesting itself through their desires and actions to various ends.

In a show like Andorit’s easy enough for people like Cassian to not understand just how much “luck” it takes to sneak back onto a planet full of people looking to kill you, save your imprisoned friend, and then sneak them to an escape ship without getting hurt. It’s easier to think of surviving those kinds of situations as luck because for every small victory like that, there are countless other losses that make it hard to see life as more than a random series of events that people have to endure.

“Rix Road” doesn’t try to confirm or deny whether that’s actually the case, but it does put a profound period at the end of an important chapter in many people’s lives. “Rix Road” spells out exactly what kind of evil weapon the rebels will be fighting to destroy as Andor’s second season jumps into the future. But the episode also throws into sharp relief how intertwined all these characters’ fates have become, and how something larger than any of one them seems intent on pulling them together.

It’s a wonder that Andor managed to stay this engrossing over the course of 12 episodes that are building to an ending that we all already know. But at this point the show’s proven that it’s more than capable of fleshing out the bigger Star Wars canon with some truly phenomenal storytelling.

Andor season 1 is streaming on Disney Plus now.