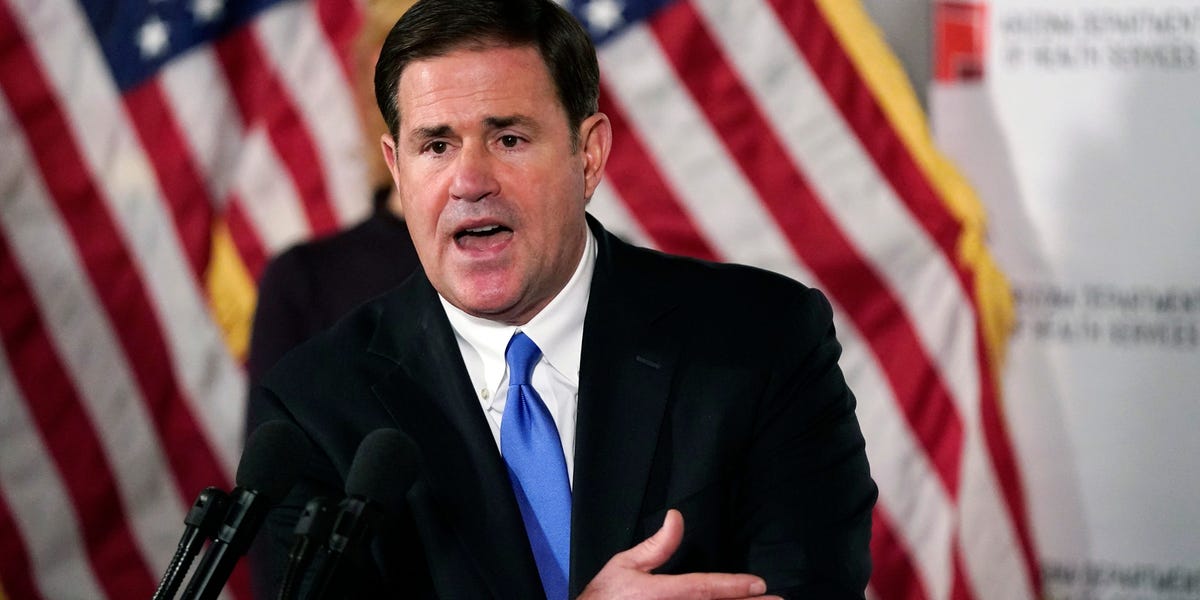 Republican Arizona Gov. Doug Ducey congratulated Democrat Katie Hobbs on Wednesday, after she secured enough votes to succeed him, despite the refusal of her Trump-backed GOP rival, Kari Lake, to accept defeat.

Last week Hobbs was projected as the winner in the gubernatorial race in Arizona, with her 17,000 vote lead too large for a recount to take place under state laws.

But Lake has claimed, without proof, that her supporters were disenfranchised and prevented from voting, and has demanded a re-run.

Ducey appeared to give short shrift to Lake's previous statements, congratulating Hobbs on her victory and pledging to ensure a smooth transition of power.

“Today I congratulated Governor-elect Katie Hobbs on her victory in a hard-fought race and offered my full cooperation as she prepares to assume the leadership of the State of Arizona,” Ducey said in a statement.

“My administration will work to make this transition as smooth and seamless as possible,” he added.

Lake, a former television news anchor, largely mimicked former President Donald Trump's playbook in the November 8 midterms, refusing to say before the election that she'd accept the result, and then raising allegations of fraud after her defeat.

“We cannot allow an election like this to stand. What they did on Election Day to punish election day voters is outrageous,” Lake said in a video posted on Twitter on Wednesday.

Trump famously refused to accept defeat in the state after the 2020 presidential election, and stirred baseless voter fraud allegations.

At the time, Ducey was criticised by Trump for refusing to help his bid to subvert the results, which saw Democrat Joe Biden win the state's presidential vote.

Lake has seized on problems with voting machines in Maricopa County, Arizona's most populous county, to cast doubt on the result of the midterms.

Arizona state election authorities have said there were printing issues with voting machines in around 70 voting centers, but that this did not prevent any voters from casting their ballots.

Earlier this week it was reported that a senior election official in Maricopa County had been forced to go into hiding after receiving a string of death threats in the wake of Lake's defeat.

Democratic candidates are also projected as winners in the state's Senate and secretary of state races against Trump-endorsed Republicans pushing voter fraud claims.

Support for his election fraud “Big Lie” was one of the key criteria Trump used to select the candidates he endorsed in the 2022 midterms. Many have gone on to be defeated in their races, with those who subsequently pushed fraud allegations being largely ignored by Republican Party leaders.

Why a Sustainability Strategy Is Critical to Sales in 2023

10 Places to Get Pottery Supplies for Your Business