Explained: Man Utd put up for sale by the Glazer family 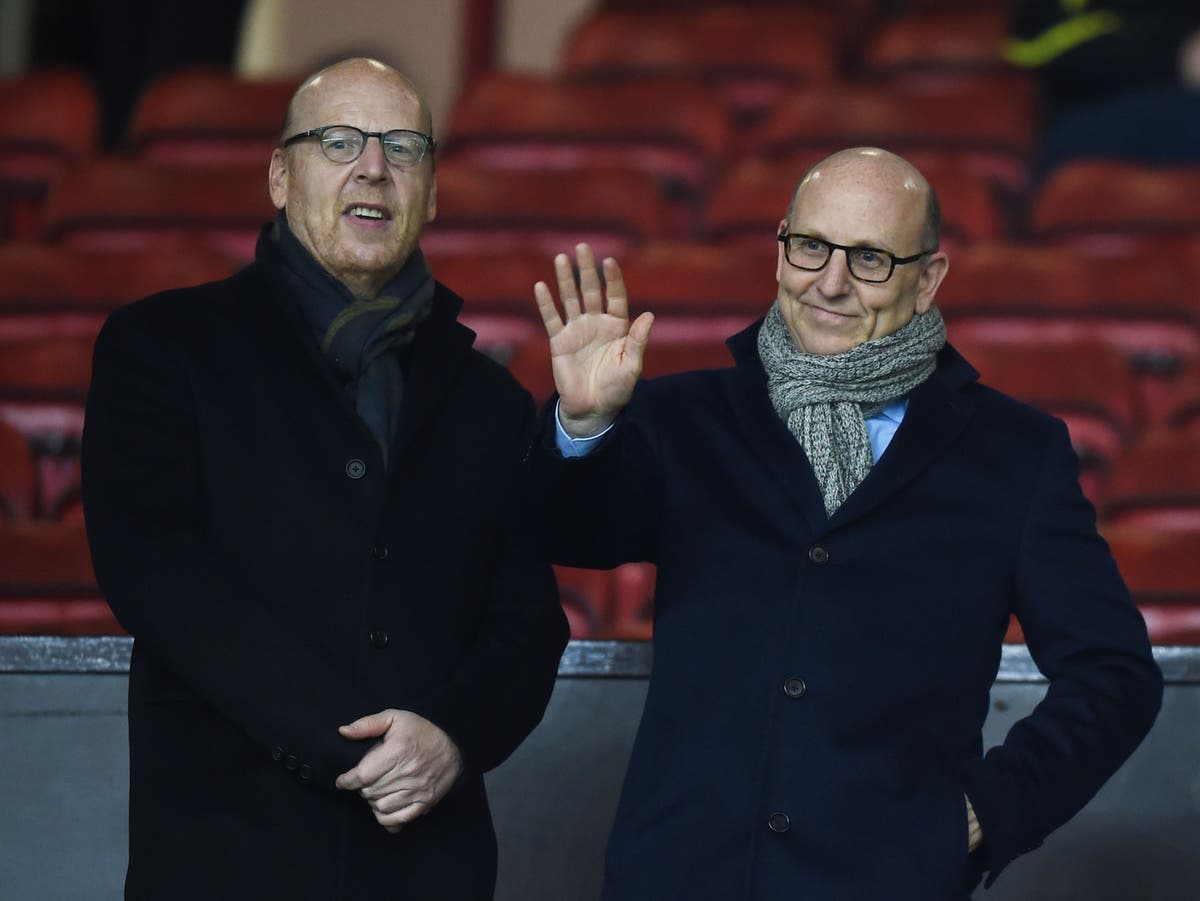 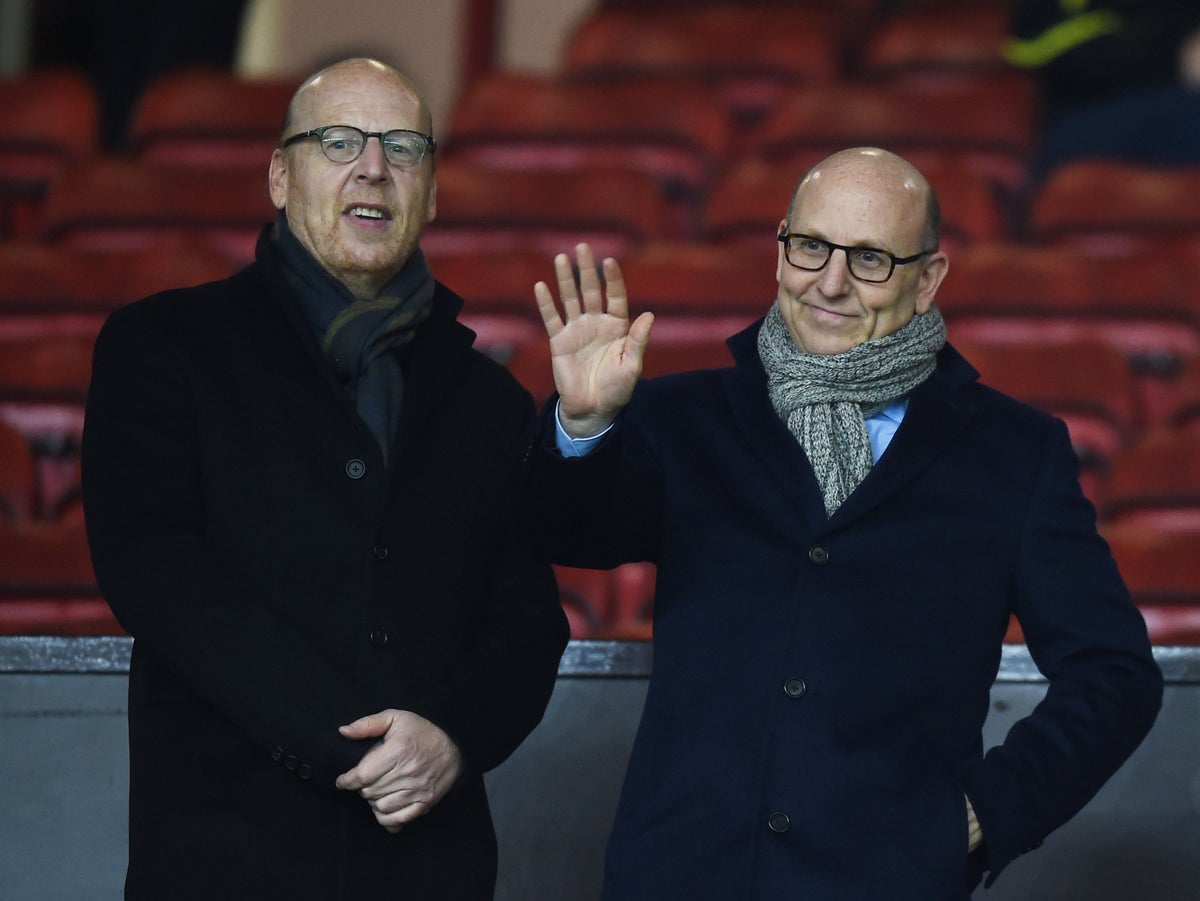 The Glazer family’s ownership of Manchester United has been one of the most controversial in English football history, but their 17-year reign at Old Trafford could finally be coming to an end.

On the same day as Cristiano Ronaldo left United with immediate effect following the termination of his contract, the club also revealed that the Glazers are seeking new investment.

Ever since their leveraged buy-out in 2005, which saddled one of English football’s most famous clubs with hundreds of millions of pounds worth of debt, their ownership has sparked protest and division within their fanbase.

Anger with their ownership has been exacerbated by United’s struggles on the pitch, with no league title in nine years, no silverware of any sort in five and a steady decline since the retirement of Sir Alex Ferguson in 2013.

Yet as of Tuesday’s announcement, United are up for sale. For the first time since taking the reins in 2005, the Glazers confirmed that they are open to relinquishing their control of the club.

What have United announced?

The Glazer family announced on Tuesday evening that they have “commenced a process to explore strategic alternatives for the club”, with the aim to “enhance the club’s future growth”.

In the statement, the club confirmed that they will consider all options available to them, including “new investment into the club, a sale, or other transactions involving the company.”

The Raine Group, who worked on the £2.5bn sale of Chelsea earlier this year, are acting as the club’s financial advisors during the process.

How long have they been looking to sell?

This is the first time that the Glazer family have publicly expressed that they are seeking new investment since listing the club on the New York Stock Exchange in 2012 and the first time in their 17 years of ownership that a full sale has been on the table.

As The Independent reported in August, there has been a shift in the Glazers’ position since at least the end of last season.

Meetings between high net worth individuals and brokers were held over the summer, leaving at least three consortiums monitoring United with a view to submitting a formal bid if put up for sale.

Why would the Glazer family sell now?

Along with Real Madrid, Juventus and Liverpool’s owners Fenway Sports Group, the Glazers were one of the driving forces behind the failed European Super League.

One of the main motivations behind that project was a belief that the rise in broadcast revenues which had powered European football’s rapid growth over the last decade or more had finally plateaued.

The Super League proposal also offered a degree of financial stability to those clubs deemed important enough to make the cut, with each founding member standing to gain $400m to establish “a secure financial foundation”.

The Super League collapsed, however, and largely due to the opposition of English fans, including United’s.

In response, the Premier League introduced a new owners’ charter under which those involved in any new attempt at a breakaway league would be subject to “significant sanctions”.

If the Glazers believe a new format of European competition is required in order to maintain English football’s financial growth, and if they also believe that all realistic avenues towards achieving that have been exhausted, it stands to reason that they think now is the right time to sell.

There are other factors too. United’s statement cited the need for investment in the club’s infrastructure, including the redevelopment of Old Trafford, which would require substantial funds at a time when borrowing money is not cheap.

On a related note, there is also the uncertain financial landscape that we all face ahead of us. With interest rates rising, United’s level of indebtedness is an increasingly expensive burden to bear. Up to £285.2m of the Glazers’ debt is vulnerable to variable interest rates.

How much are they looking for?

Despite years of underachievement on the pitch, United’s claim to being one of the biggest and best supported clubs in world football is as true as ever.

In the statement announcing this latest move, Joel and Avram Glazer cited the “passion and loyalty of our global community of 1.1 billion fans and followers”, as a reminder of just how wide the club’s reach is.

According to Forbes, United are valued at $4.6bn, making them the third-most valuable football club in the world and the most valuable in the Premier League.

In August, The Independent reported that a price of $6bn may be enough for the Glazers to consider an outright sale. A fee somewhere between those figures feels likeliest, though would depend on the level of interest.

There is little doubt that, if an acquisition went through, it would be the biggest in English football’s history. The $4.65bn sale of the Denver Broncos earlier this year is the most expensive acquisition in sporting history.

Who could buy the club?

The Glazer family’s takeover in 2005 was completed for £790m, a substantial sum but still one firmly within reach of successful but mid-level American businesspeople who had made their fortune in commercial real estate.

A sale price between $4-6bn would mean a much shallower pool of potential suitors and most of them would be much bigger fish than the Glazers.

A state-backed ownership – such as those at Manchester City, Paris Saint-Germain and Newcastle United, supported by the United Arab Emirates through Abu Dhabi, Qatar and Saudi Arabia respectively – would be one possibility.

Although with all of those Gulf nations already committed to clubs, whether appetite could be found elsewhere in the region is unclear.

A sale price of between €4-6bn would likely be too steep for any single individual, with the capital instead sourced through a consortium of wealthy backers, such as with Clearlake Capital and Todd Boehly’s acquisition of Chelsea.

Jim Ratcliffe, Britain’s richest man who hails from just outside Oldham, is a United supporter and has previously expressed an interest in buying the club.

The Ineos owner staged a late attempt to hijack the sale of Chelsea earlier this year and Ratcliffe plans to bid for United, despite recent suggestions that he will focus on OGC Nice. Ratcliffe believes the opportunity “too tempting and too unique” not to get involved.

Elon Musk, the world’s richest man, is another United supporter. Musk tweeted that he was prepared to launch a takeover bid during the summer, only to later clarify that he was joking.

How long could it take?

Unlike with Clearlake’s acquisition of Chelsea, which was forced and hastened by Russia’s invasion of Ukraine, there are no time pressures or imperatives to sell which are outside the control of United’s owners.

Supporters hoping for a swift sale – before January’s transfer window, for example – may be disappointed.

As reported by The Independent, analysts have suggested that the size of any deal and required due diligence could mean a sale process takes between a year or two years.

How could Liverpool’s potential sale affect the process?

“FSG has frequently received expressions of interest from third parties seeking to become shareholders in Liverpool,” a statement said.

“FSG has said before that under the right terms and conditions we would consider new shareholders if it was in the best interests of Liverpool as a club.

The prospect of English football’s two most famous clubs and historic rivals battling for investment from the billionaires is a real prospect.

That only lends credence to the idea that the failure of the Super League project is behind the willingness to sell.

Whether both would be able to attract new investors at an attractive price while effectively competing against each other in a buyers’ market is an open question.

Ratcliffe, for example, is understood to have turned down an opportunity to bid for Liverpool this summer, though is thought to be planning to bid for United.

How have fans reacted?

After years of protest and division, it is fair to say that the vast majority of United fans would be glad to see the Glazers sell.

The Manchester United Supporters Trust welcomed Tuesday’s announcement, though stressed that the club has to make “the right change” in respect of its “culture, ethos and best traditions”.

“Over the last 17 years Manchester United fans have been dismayed with the ownership of the club. Over that period, we have witnessed a decline on the playing side and a decline in our stadium. Until recently, any proper dialogue with fans groups had also been absent.

“Whilst supporters have long called for change, of course this has to be the right change. At this moment in time our club needs new investment more than ever. That requires new ownership.

“Any prospective new owner or investor has to be committed to the culture, ethos and best traditions of the club.

“They have to be willing to invest to restore United to former glories, and that investment must be real new money spent on the playing side and the stadium.

“Finally any new ownership structure must embed supporters, including a degree of fan share ownership, in their operating model.

“Manchester United’s fans are its greatest asset and hold the key to unlocking the true value of any football club. That relationship has to be one of equals – sharing in ownership and unified with the same goals.”