Why It’s Worth Revisiting “Devious Maids” 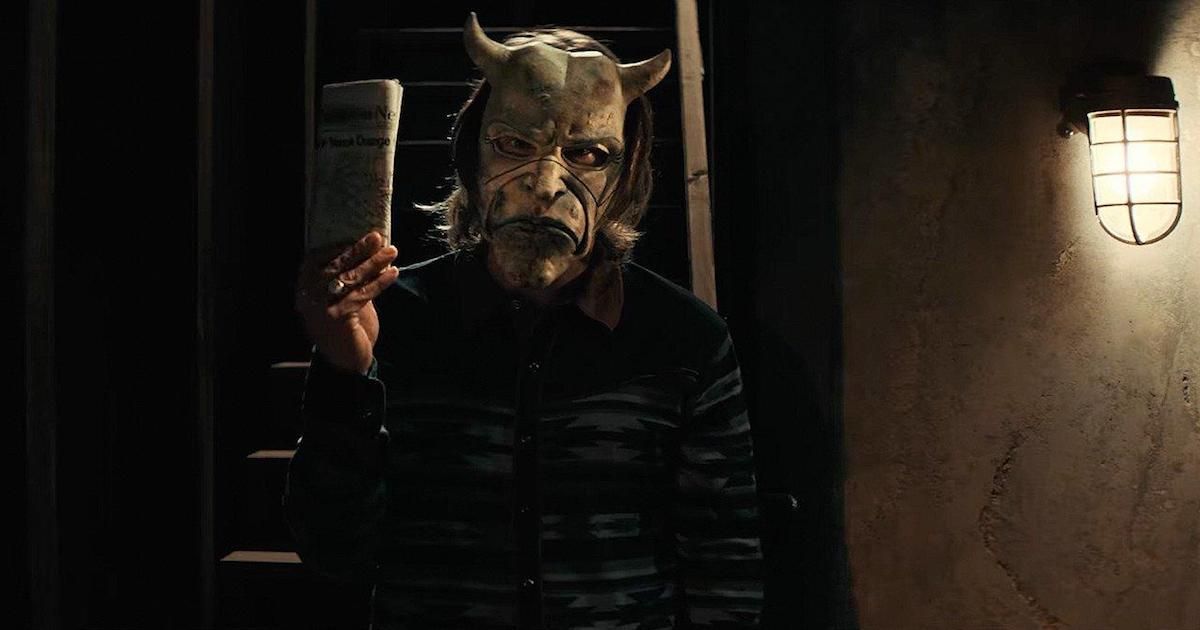 Ethan Hawke has decades of acting under his belt, loads of awards for recognition for his work, and even his daughter, Maya Hawke is a great actress. It runs in the family, so it seems, and as Ethan Hawke gets older, one might think he would slow down with gaining roles and starring in films, but Hawke is nowhere near giving up the fame. He recently starred in The Black Phonea horror flick about a kidnapper dubbed The Grabber, and the twisted life he lives by abducting pre-teen boys. Hawke received praise for his acting in the horror movie, but this isn't the first time he's starred in a horror flick. Screen Rant states that Hawke has a short list of horror films, but all have been memorable, especially his role in Sinister. Hawke is on a steady path to becoming a scream King in the horror genre, and here's why.

Den of Geek states that Ethan Hawke's blue eyes give him a trusting face, and because of that, it's almost hard to imagine him in the role of a kidnapper or an antagonist. That's what makes his work so good, and what sells it for each role he has. Hawke is nice looking with a mildly kind-looking face, that doesn't appear to be that threatening. So, to see him in a horror film, it might be surprising. Like his character in The Black PhoneThe Grabber's alias was a magician that would target kids walking by themselves, gaining their attention and interest before abducting them. Hawke also has a certain charm about him, whether he's acting or appearing in interviews, and his casualness of it all makes him that much more terrifying in these horror roles.

There is something to be said about why Hawke is so unsuspecting as a villain, mainly because of his appearance. When you think of a bad guy in a movie, you might envision someone who's unkept or scraggly, with an entirely too-long backstory to justify their reasoning. With Hawke, though, and the roles he takes on, such as him playing the victim, Hawke is secretly evil. He creeps in the way a spy would, unsuspecting and ready to take the audience off guard with how twisted he can become.

Related: Ethan Hawke on His Career: ‘I Know I Only Have So Many Movies Left'

He Has The Range

One of Hawke's most notable roles is in Dead Poet's Societyand it's a stark difference from any horror movie he's done. With four Oscar Award nominations, two Golden Globe Award nominations, and a Tony Award nomination (which might be surprising to most), Hawke has proven time and time again that he has the range. He's a renaissance man; he can nail any genre he wants to be involved in, and sell it to audiences, convincing them that he was meant to be exactly what that role called upon him. The awards he's been nominated for prove that he's good at what he does, so Hawke taking the title of a scream king, isn't so farfetched.

More often then not, fans of horror are more well-versed with the term Scream Queen, which directly translates to an attractive young woman who's a damsel in distress. Hawke is not that, clearly, but making his own path for what horror is, and what it could be moving forward. What was so scary about The Black Phone was how real it was combined with the supernatural element of it all. Hawke was the villain that was easily hated; people rooted against him not only because he killed people, but more importantly, he was targeting children. He sells it as the one you're supposed to hate, but then can appear in a romance such as Before Sunriseand make you fall in love with the mystery boy-next-door vibe he has in that film.

Related: Why Ethan Hawke May Portray the MCU's Most Terrifying Villain

Killer or the Victim

Since this article is mostly about Hawke's work in The Black Phone and how scary he was in that movie, it's time to look at The Purge. Hawke only appeared in the first Purge movie and then in one episode of the series, but his role was notable. He played James Sandin, a family man who helped design security systems in order to protect rich families against people who partake in purge night. When his son takes in a homeless man looking for shelter, Sandin's life is turned upside down when the rich are targeted by the much wealthier, threatening the lives of his family and himself.

Hawke proves that he doesn't have to be the big bad every single time, but instead, can be the victim that's being hunted down. He plays the role of the terrified father, who just wants his family safe, incredibly well, doing whatever it takes to survive the night, and not succumbing to fear over the once beloved holiday. Ethan Hawke deserves plenty of snaps for his work, and if he follows the path of starring in more horror flicks, plenty of people would be in line for it.