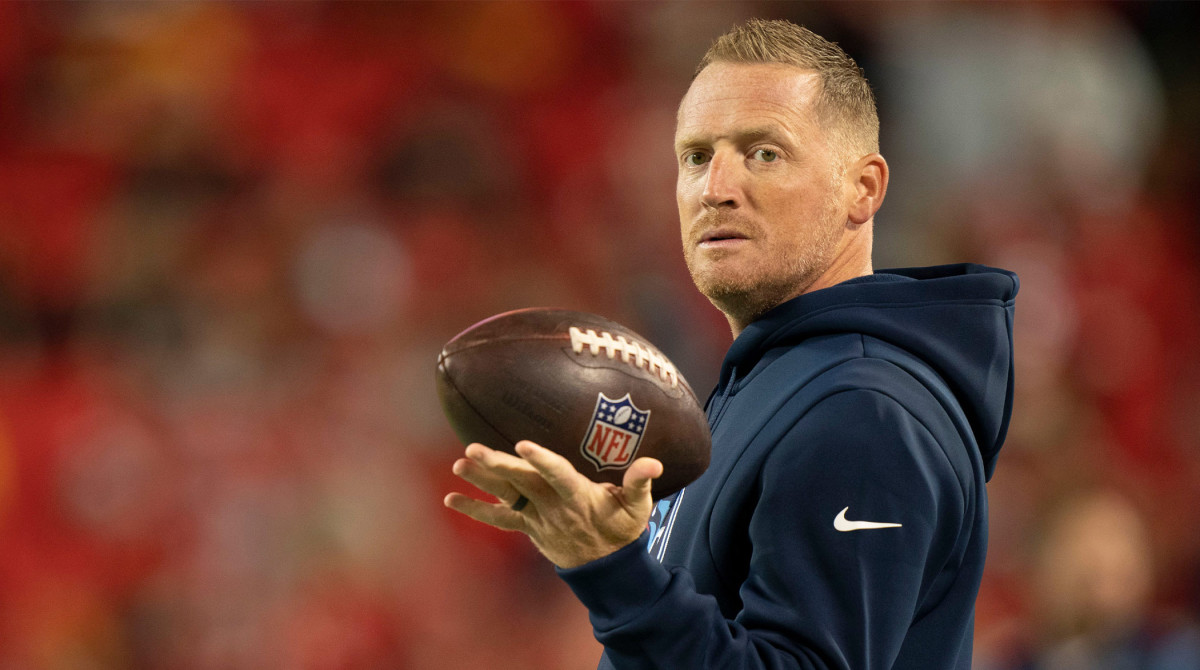 Titans offensive coordinator Todd Downing spoke with the media on Wednesday for the first time since he was arrested for driving under the influence and speeding after the team’s win over the Packers.

“I understand what a sensitive and troubling subject this is, and I’m not naive to how much pain there may be for some people, you know, involved in in similar situations,” he said, per All Titans. “I put my family through some things that they don’t deserve. I have an amazing wife and amazing son who love me unconditionally, and don’t want them to have to endure anything more than what I’ve brought on.”

Downing went on to say, “It’s devastating that my actions or anything that I'm involved with could ever bring negative attention to or bring distractions to this organization.”

Tennessee coach Mike Vrabel confirmed Tuesday the franchise would “continue forward” with the OC despite his arrest; however, he added, “those things could change. I want to make sure that everybody understands that. At any point in time we might hear from the league or, you know, the legal process … but as of right now that’s where we’re at status quo.”

Downing did not comment on what happened following the game, according to The Tennesseanbecause of the NFL’s investigation. One of the questions included why he didn’t use a ride-hailing service, and while he did not comment on that, Downing did acknowledge that the franchise has a partnership with a ride-hailing service, which has been communicated to them.

The Titans play the Bengals on Sunday, and as of Thursday afternoon, Downing still plans to coach during the game.

”To the ownership, Mrs. Amy, to the organization and obviously to coach Vrabel, I believe in myself as a man and I believe that I will answer the bell to lead this offense going forward,” Downing said. “I thank coach Vrabel and Jon Robinson and Mrs. Amy for giving me the opportunity to lead this offense going into this weekend and these guys in the locker room deserve for me to give my best efforts forth in that.”