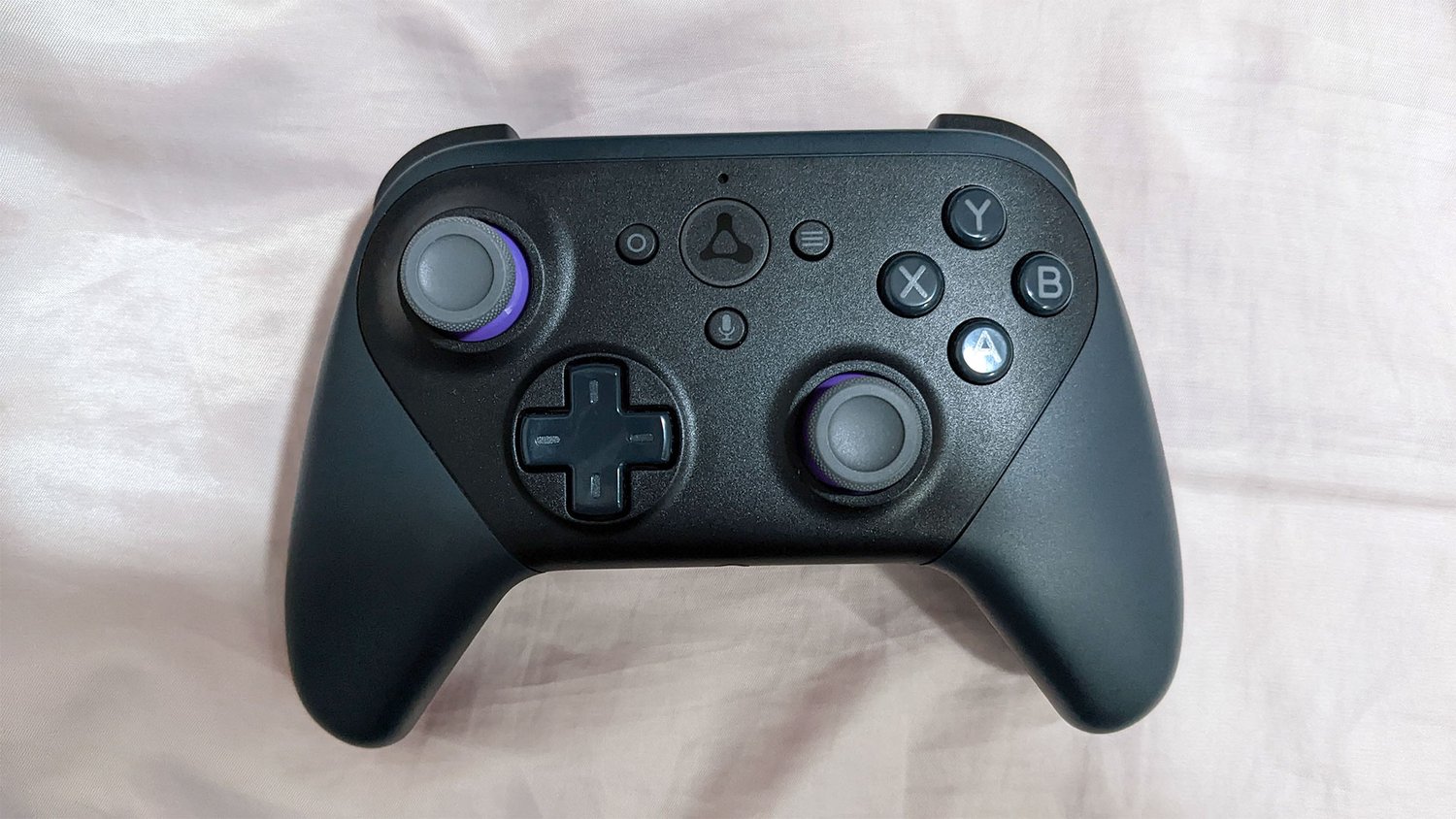 I think cloud gaming is going to become the standard in the next several years. It’s already starting to happen with Xbox Cloud Gaming, NVIDIA GeForce Now, and there are even some games available on the Nintendo Switch only through the cloud. One of the big contenders in cloud gaming at the moment is Amazon Luna. The team at Amazon Luna was kind enough to send me a Luna controller for free as well as subscriptions to many, if not all, of the channels available on Luna so I could review it. You can find my own thoughts below.

First, let’s talk about how Luna works. If you use a compatible device, you can access games via the cloud. The games you have access to depend on the channels you subscribe to. If you have Amazon Prime, you automatically have access to the Prime Gaming Channel which is a rotating selection of games. As of writing, some of the Prime Gaming options include Thymesia, Youtubers Life OMG!and Tetris Effect Connected. The games rotate monthly. Other channels include Luna+, Family, Retro, Ubisoft+, and Jackbox Games. Channel subscriptions range from roughly $5-18.

I have mixed feelings on the channel system. On the one hand, I think there’s a lot of wisdom to it. If you only care about playing retro titles, spending $5 a month is way better than $10 for a larger library. It provides some flexibility in what you play. However, there doesn’t seem to be an option to access all the channels at a cheaper rate. If you wanted to have access to say Skatebird, Street Fighter IIand Resident Evil 2 (the remake), then you have to subscribe to three different channels and not only is that a pretty significant financial burden (approximately $21 for all three of those channels), but its also cumbersome. If Amazon is dead set on this model, I would recommend making Luna+ the all encompassing channel and include at least the Family and Retro channels.

Next, I’ll share my experience with trying to use and navigate Luna. I got very frustrated with Luna when trying to use my tablet or phone. You will want to check compatible devices, because it does make a bit of difference. My tablet is a Lenovo P11 Plus which is not listed. However, Amazon says that you can access Luna via the browser. I did that and then it had me download the Android app. Once inside the app it was so slow and designed so poorly I almost didn’t even get to a game. I also have a OnePlus 7T which is listed as supported and my experience was a little better, but the app was still slow and cumbersome to navigate. Not a great experience. On PC, I was able to use Microsoft Edge to play (I normally use Brave [another Chrome browser] and it was having problems) with fewer problems. The user interface on the website/web app is better (not perfect).

One major complaint that I have with Luna is that you can’t play on a TV unless you use a Fire TV device. I already have a Chromecast, so I’m not going to go out and buy a Fire TV device just for this. I wish that they would open it up for Chromecast. Maybe now that Stadia is dead they will? Who am I kidding, they’ll use this to try to push Fire TV.

Now it’s time to talk about the Luna controller. I’m personally not a fan. Overall, it’s not the worst controller, but the 4 main buttons just don’t feel good to me. They are designed to be flat on top with rounded bevels leading down. I don’t know why, but it just does not feel good to me. Those buttons and the D-pad also just feel very cheap. The triggers are more like an Xbox controller so there’s no click, but the Luna triggers feel considerably stiffer which I see as a con. Also, like the Xbox controller, the Luna controller uses AA batteries instead of using a rechargeable battery. BOO! I did like the fact that the Luna controller naturally directs my fingers in a way similar to a Switch Pro Controller where it is very comfortable to hold. Also, I like heavy controllers and the Luna controller has some heft to it. It weighs 283g vs the 249g of the Switch Pro Controller and the 289g of the Xbox Series S controller. I would take what they have, change the shape and material of the buttons and D-pad, give it a rechargeable battery, and then adjust the triggers so they feel less stiff.

So, the controller wasn’t a hit, trying to get to a game felt cumbersome, and the channel model is not my favorite. How did the games play though? Once I was in a game, they had a tendency to run well. This is an area where my tablet did struggle though and I wonder if it has to do with that compatibility. The OnePlus 7T did well though. When I tried playing on my PC, it seemed to take a while to get up to the full 1080p resolution despite that being a wired connection (aka my best connection to the internet) of my tests. I tried out a variety of games including Hot Wheels Unleashed, Ghostrunner, Sonic Colors Ultimate, Skatebird, Castlevaniaand more. Once you are in a game, you’ll probably have a decent experience if you have good internet.

Luna has potential, especially as Google drops out of the game. If Amazon wanted to, they could really make Luna something great. I don’t expect them to though. I imagine the app will stay awful forever and not expand their list of compatible devices to the point where people get frustrated and don’t use it. I didn’t talk about it, but the games available via Luna are actually really good, you just have to figure out which channel(s) to subscribe to in order to get the games you want. However, since no one will use Luna because it’s not advertised very much, the user interface needs help, etc. it will probably be killed in the not too distant future and consumers will be blamed. The score below is based on my current reactions to using Luna, but I think it does have great potential if Amazon is willing to put in the work.