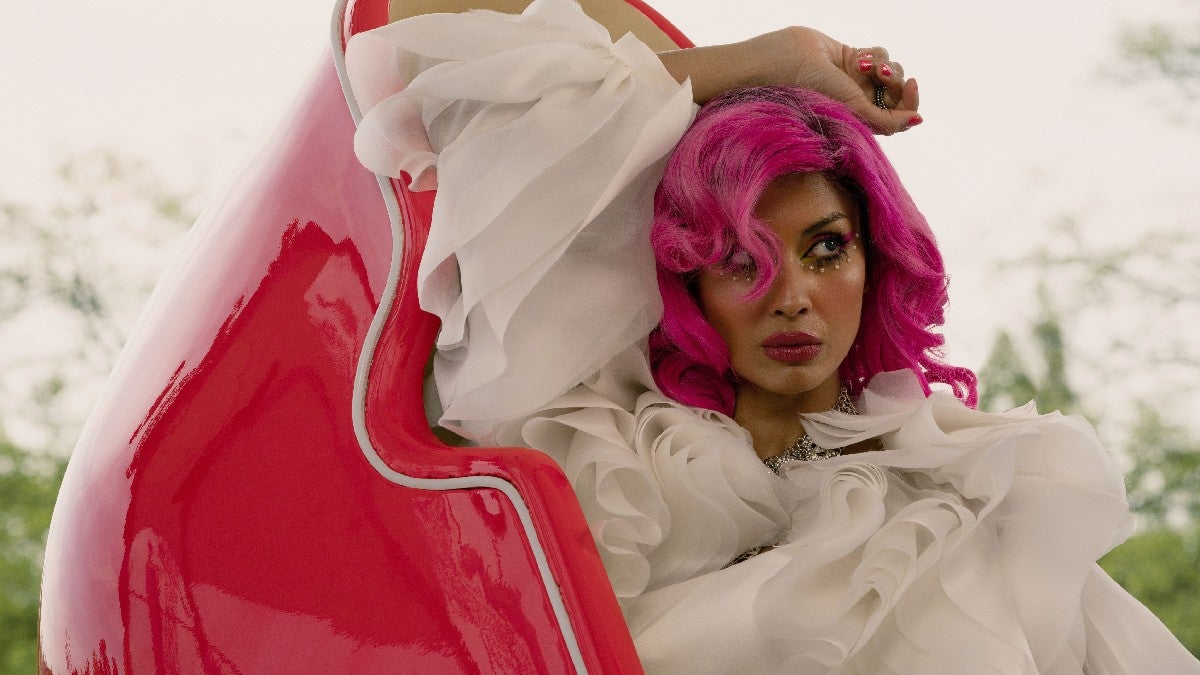 When we pick up in the new series, now streaming on Peacock, we learn that Pieter is a music manager these days following a fall from grace in Das Sound Machine. When the group’s beatboxer came down with a condition that made his mouth unusable — at least for beatboxing — they attempted to use a literal sound machine. But, when a technical failing results in the sound machine still going after the singers themselves stop, Pieter is shamed and ousted by everyone, including Gisela.

“We put the ‘ass’ in aspect of this guy’s culture and personality,” Borg joked with TheWrap. “Unfortunately, he’s been a victim of cancel culture, I guess with an umlaut of ‘cäncel culture’ because it happened in Germany. So he’s trying to dig his way out and everyone dislikes him greatly, including Gisela, his ex-girlfriend. So it’s fun to try to play a redemption guy. Normally I play bad guys. Now I play like a former bad guy — an FBG. Which is kind of fun. I enjoy it.” 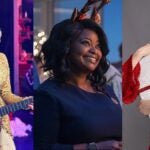 Of course, when it comes to Gisela, there’s nothing “former” about her badness. After the DSM scandal, Gisela is a solo artist on the rise, and a ruthless one at that. She wants nothing more than to destroy her ex. And if that includes distracting him with sex, so be it.

“That gives her a little bit too much credit,” Jamil said. “Lady Gaga is who she thinks she is. But she falls fairly short. And that’s what I love about her. I love her delusion. I love her self confidence. The fact that she thinks she is the greatest star on Earth, she thinks everyone is beneath her. And she’s so average and her songs are so rubbish. And yet still she’s here thinking she’s better than everyone.”

Jamil is also a pretty big fan of the fact that, even though Gisela definitely hates Pieter now, she’s still very much onboard if he decides he wants to hook up again.

“Gisela still always trying to bang, you know? She hates him, she doesn’t respect him, but she’s definitely down to smash,” Jamil joked.

And from Borg’s point of view, that’s not necessarily such a bad thing, despite Pieter’s onscreen conflict. “Helps his self esteem, let’s say that. Yes, that’s — Pieter’s Pieter.”

You can watch TheWrap’s full interview with Flula Borg and Jameela Jamil in the video above. 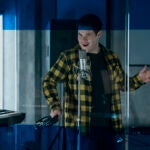