Conor Murphy (Foxing, Smidley) tells us about his favorite albums of 2022 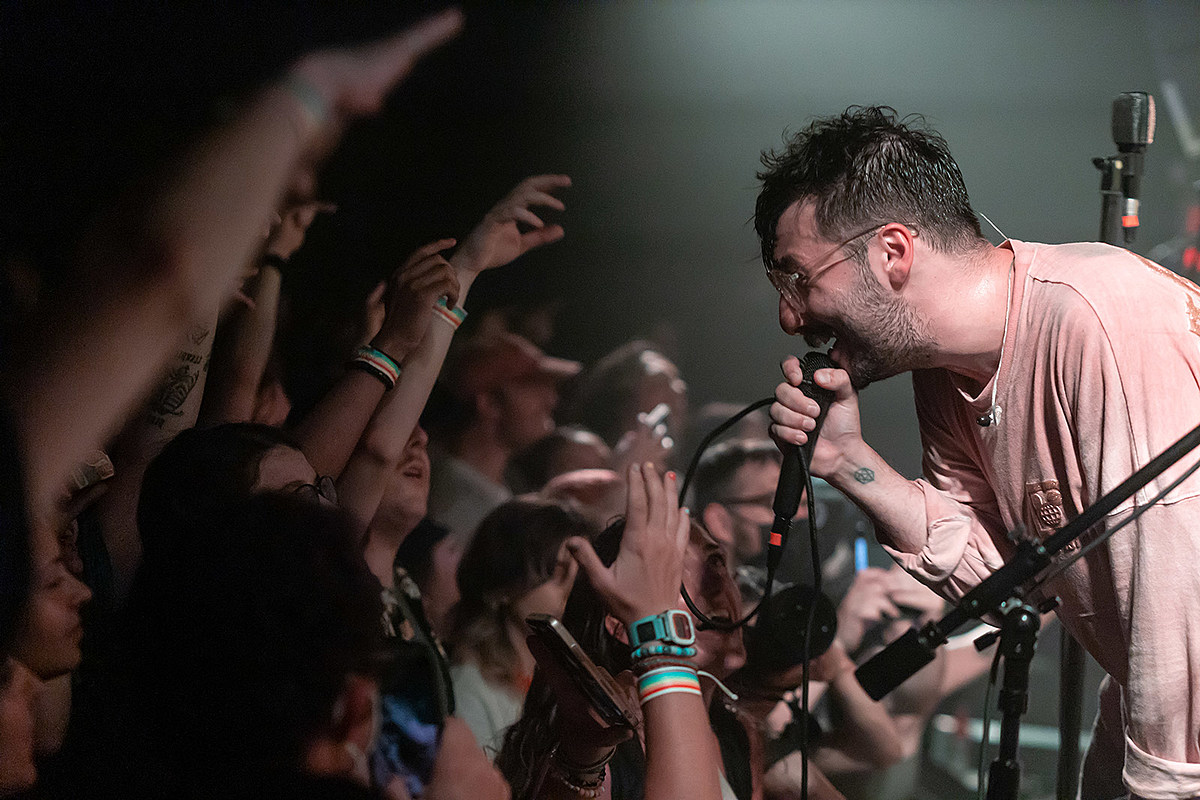 Foxing have spent all year touring in continued support of last year's great Draw Down The Moonand they've got more shows coming up including opening two of Taking Back Sunday‘s Long Island/New Jersey holiday shows. And meanwhile, vocalist Conor Murphy released his sophomore as Smidley, Here Comes The Devilearlier this month. With 2022 coming to a close, we asked Conor what his favorite albums of the year were, and he made us a list that includes St. Louis electronic musician Shinra Knives (who appears on the new Smidley album), Knifeplay, Bartees Strange, Pool Kids, Vein.fm, Alex G, Floristand more, with personal, intriguing commentary on each pick. Read on for what he had to say…

Knifeplay – Animal Drowning
When the single, “Promise,” came out, a friend of mine tweeted a link to the song with just the caption “fuck”. I don’t think I can describe it any better than that. This is the record I will look back at as ushering me into my thirtieth year.

Bartees Strange – Farm To Table
Only a handful of months after Live Forever’s release, Bartees hit me up about playing some horns on one of his songs, “Heavy Heart.” I assumed this would be for a single. I was wrong. Bartees Strange was already knee-deep in an album that soon after he released an incredible debut. I could go on and on about why he is the hardest working musician of the '20s thus far or how it’s insane that Bartees Strange isn’t the front-runner nominee for “best new artist” in the Grammys. But instead I’ll say this: It takes a great deal of dedication to innovation for an artist to create something this forward-thinking, beautiful and unique after a big debut break. There is no trace of sophomore slump to be found on Farm To Table. Instead, you’ll find a relentless drive to pioneer his own genre and a guaranteed point of inspiration for a new generation of artists who will make the music of the '20s and '30s.

Shinra Knives – you will never see heaven
If you don’t know his work, Shinra Knives is one of the most innovative electronic producers you will hear this or any year. you will never see heaven is meant to be an homage to Datpiff era-mixtapes. It is that. But that description almost feels like it trivializes the grace and merit it has. It is one of the most crushing, scary, and beautiful things I’ve heard in a long time. You will absolutely thank me if you listen to it right now.

Alex G – God Save The Animals
As each and every Alex G album release day comes I have the same thought: “Okay this one’s gonna suck. The hype is far too great.” Nope. Wrong again. It’s a masterpiece. I listen to it constantly.

They Hate Change – Finally, New
I don’t know how to put my feelings about THC’s album simply in a few sentences. Firstly, you must see them live whenever you can. Secondly, their ability to pluck nostalgic elements from '90s and '00s electronic and hip hop music while completely blazing their own path is a masterclass for anybody attempting to create era-inspired music. By the end of Finally, Newthe feeling is less that you listened to an album from 1995 and more that you listened to what people in 1995 thought music in 2022 would sound like.

Dominic Angelella – Silver Dreams Don’t Move Me
There are songs that are so infuriating to listen to because they are written with a prowess you will never possess. Well, here’s eleven of those. This is by far Dominic’s finest work to date. There are leagues of depth in each track’s sound and some of the most unbelievably clever, heartfelt lyrics you will hear all year.

Tim Heidecker – High School
Look. Tim Heidecker is my favorite person in the world that I don’t know. I’m an absolutely enormous fan of his and I mainline everything he does. I’m a Patreon member for his podcast, a subscriber to the HEI Network (too hard to explain), and I’ve followed everything he’s ever done as closely as my mother follows my work. Put all of that in the glove compartment for a moment. High School is just a grade-A treasure. Firstly, the musicianship and production are top notch. That’s to be expected. I can’t imagine anyone being asked to play on this and having something better to do. But that’s not what sold me. The songwriting on High School is Tim Heidecker’s most honest, sincere, clever and instantly classic to date. He wears his influences on his sleeve while making a sound entirely of his own. I could talk about this for a full review but I’ll stop. Just listen to it. You won’t regret it.

Pool Kids – Pool Kids
I’ve always felt like when a band self-titles their record, it’s their way of saying “this is the most sincerely ‘us’ album we can give you”. In the case of Pool Kids’ Pool KidsI think that is true. Now, these songs do have magnetic immediacy on record but I can’t begin to describe how well they translate live. It feels like Pool Kids are performing the music they were meant to make. And it is really really spectacular music.

Vein.fm – The World Is Going To Ruin You
I don’t want to show you how little I know about heavy music by trying to talk about it. But for me, heavy music, specifically this type of heavy music is like wine and coffee. I’m no snob or expert. I mean I’m not even enough of an enthusiast to hold my own in a conversation with a fan. But I know when I like something. And I love this album. It scratches the itch I always have for Slipknot’s first two records while presenting something entirely original and crushing.

Florist – Florist
The lyrics in this album are spectacularly written. To the point where I would be floored by reading them written out. When matched with such a wonderful sense of space and purposefully humble production, the result is impossible not to love. Recently I’ve found myself thinking of this album when I wake up cold with the sun in my eyes. It’s that kind of vibe.