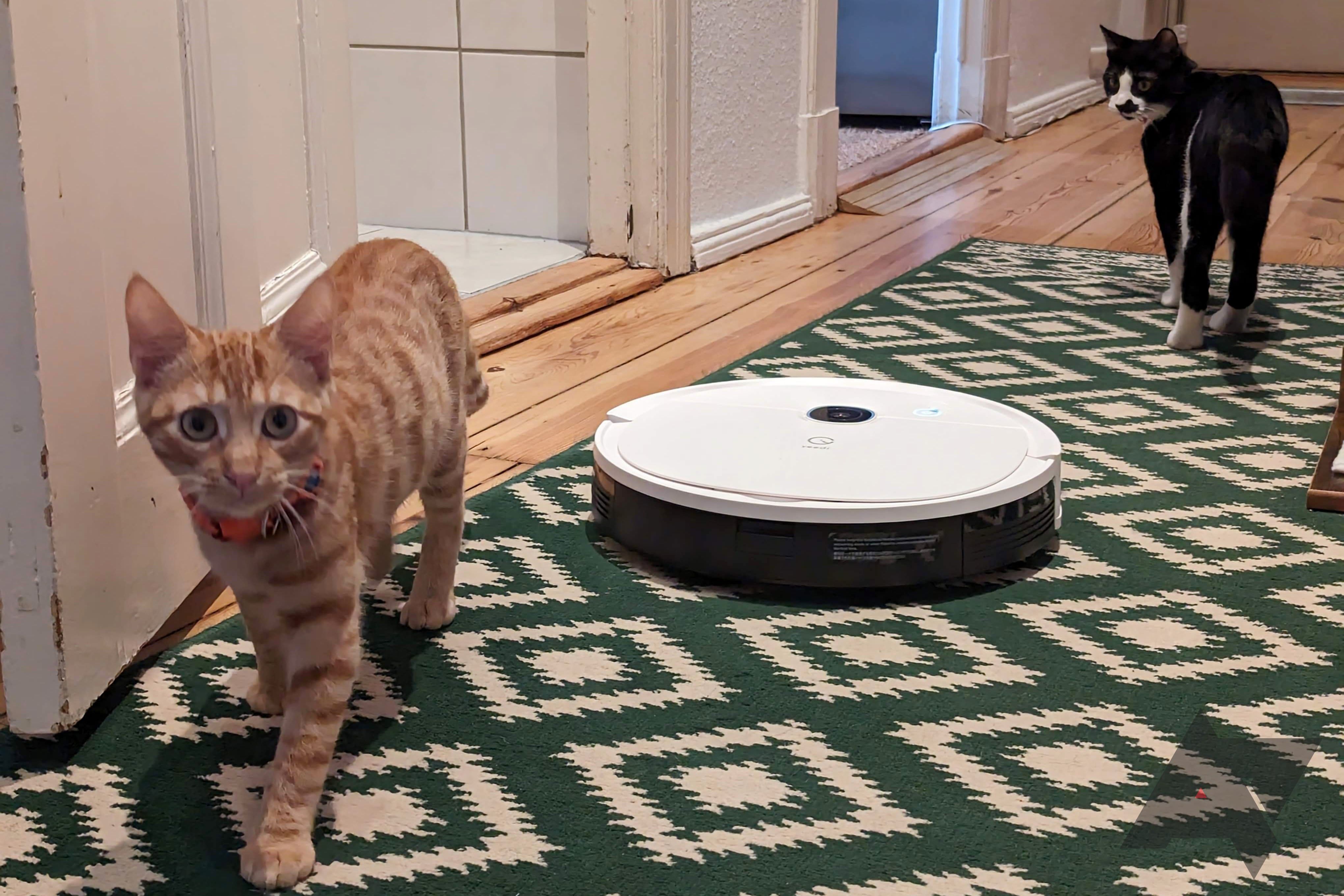 Last month, my wife and I got two cute little cats. As much happiness as they bring to our lives, there is one thing we realized quickly. We would definitely have to adjust our vacuuming schedule to accommodate for fur, loose cat litter, and dry food-related incidents. I’ve long been toying with the idea of getting a robot vacuum, but this was the point where I decided to do proper research and get a great robot vacuum on the lower end of the price scale.

I opted for the Yeedi Vac 2 Pro which offers some high-end features at a reasonable price. I was lucky enough to get it at a discount ahead of Black Friday, but if you’ve been toying with the idea of a robot vacuum, too, then the Yeedi Vac 2 Pro is currently available for just $300 on Amazon for Prime members, down at its all-time low.

Why you should get the Yeedi Vac 2 Pro

The Yeedi Vac 2 Pro offers all the features I was looking for at this affordable price. In contrast to even more affordable vacuums, it’s capable of creating a map rather than just letting chaos reign. That makes it possible to send it back to give specific places extra attention, and to build no-go zones in the app.

Other than vacuuming, the Yedi Vac 2 Pro also offers a mopping option. It uses an oscillating system that is supposed to imitate the hand movements you make when you scrub the floors. I haven’t used it that often yet due to the way my apartment is set up, with a carpet in the hallway obstructing the way to the other rooms. The few times I did use it, it offered a good result.

You can also go for a bundle of the Yeedi Vac 2 Pro with its self-empty station for $450. I haven’t made this step just yet, though—and keep in mind that the auto-empty function is only available for vacuuming, not mopping.

I call my unit Yeetbot because it always yeets itself over the high thresholds in my apartment, with a little help from ramps

With both mopping and vacuuming, I’m sure I would get a better result in a shorter time just doing these things myself, but that’s the case for all vacuum robots. It’s all about the convenience of not having to worry about cleaning the floors and carpets in everyday life too much. Speaking of which, Yeedi integrates with Google Assistant, so I can just tell it to start vacuuming without ever having to touch the app.

How the Yeedi Vac 2 Pro compares to the competition

Compared to proper high-end options like the Roborock S7 MaxV Ultra, the Yeedi Vac 2 Pro has its flaws that I quickly learned about. Its camera-based mapping technology isn’t as solid as what a laser-based LiDAR system would give you. It took a couple of runs to get a proper map of my apartment, and the system needs light to work. The Android app also isn’t so great. It’s slow, and some buttons need an extra tap to react. Once you’ve got your apartment all mapped out and Google Assistant integration set up, you’ll rarely need to worry about it anyway, though, so I can forgive that—especially at the price.

When I use the Vac 2 Pro to mop the floor, I also have to remove some of my carpets as it isn’t able to lift its mop to move over these areas. The robot can avoid rugs when mopping, but when your carpets obstruct the route to other rooms, that’s a problem.

All these things are possible on the higher-end Roborock S7 MaxV Ultra competitor, but it usually goes for more than double the price of the Yeedi vacuum, even with Black Friday deals taken into account. For me, the Yeedi Vac 2 Pro is much better than the alternative already: Having to vacuum myself regularly. At some point, I might upgrade, but for now, I’m very much happy with this one.