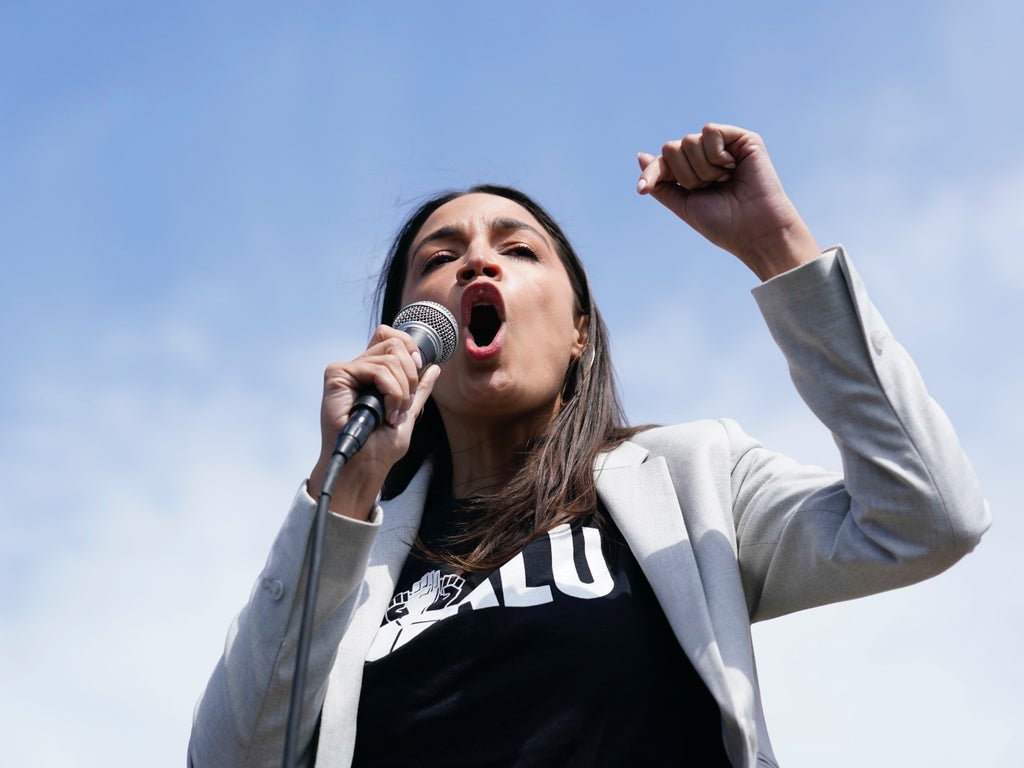 Alexandria Ocasio-Cortez has explained why she deleted a tweet mocking SpaceX founder and billionaire Elon Musk after he accused her of “hitting on” him during a Twitter exchange.

The exchange began when Ms Ocasio-Cortez tweeted on Friday that she was tired of a “billionaire with an ego problem” who controlled a “massive communications platform” for enabling the right, but did not name the person or company behind her message.

Mr Musk, who bought Twitter on Monday, responded by tweeting: “Stop hitting on me, I’m really shy”, in apparent acknowledgment that he was “a billionaire with an ego problem”.

The Democrat hit back by tweeting: “I was talking about Zuckerberg but ok”, in an apparent reference to the Meta CEO and Facebook founder, who has an estimated wealth of $74bn, according to Bloomberg.

She added in another post that she deleted the tweet because “I try to avoid giving people with massive ego complexes like this the attention and QTs/replies they crave and are seeking (when I can help it )”.

Mr Musk, whose $249bn net worth makes him the world’s wealthiest individual, agreed to take control of Twitter on Monday with a $44bn deal to buy the San Fransisco-based firm.

He was widely rebuked by Twitter users for his comments to Ms Ocasio-Cortez, despite receiving an apparent endorsement from Texas senator Ted Cruz, who used flame emojis to show his support for Mr Musk.

The Republican did not include Ms Ocasio-Cortez’s reply mocking Mr Musk in his tweet, however.

“This website is free, unless you’re Musk, in which case it costs $44 billion and a bruised ego,” one social media user wrote following the exchange.

The SpaceX founder and Tesla CEO has pledged to make Twitter a better platform for “free speech”, in comments attracting praise from many well known faces on the right including Fox News’s Tucker Carlson, who began tweeting again this week following the takeover.