The first word we hear in “Medusa” is a spat-out “slut,” and the first song is Siouxsie and the Banshees’ forever haunting “Cities in Dust.” So we know immediately that writer-director Anita Rocha da Silveira isn’t messing around. And neither are her anti-heroines, a group of young Brazilian evangelicals who take their work for the Lord very seriously.

How He would feel about their approach is never addressed — at least, not by them. The girls attend a devoutly religious college, sing as the Treasures of the Lord choir at their megachurch and, when the mood happens to strike, anonymously attack strangers who stray from their idea of feminine purity.

The leaders of the group are Michele (Lara Tremouroux) and her second-in-command Mari (Mari Oliveira), though the latter slips in stature once she’s maimed by a victim who fights back. The scar on her cheek is barely noticeable, but their community values physical perfection so highly that she loses her job at a plastic surgery clinic and is pitied by friends who assume that now she’ll never find a husband. 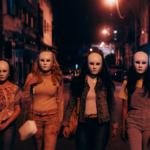 The attack also impacts Mari internally. She’s compelled to find the group’s most famous victim, Melissa (Bruna Linzmeyer), a local actress they disfigured after she appeared nude in a movie. There are rumors that Melissa is at a nearby hospital, along with the victims of the Watchmen, who serve as the Treasures’ male counterparts. Because while these pretty women go around violently slut-shaming, their handsome boyfriends are busy beating gay men into comas.

If all of this sounds a bit heavy-handed, rest assured da Silveira uses a deft touch to make her points. She’s claimed Dario Argento and Brian De Palma as influences, and it would be easy to define her film as “Suspiria” by way of “Carrie,” if you ran it through a “Heathers” wringer. But that would undermine the impassioned creativity she brings to her project, which feels deeply personal. 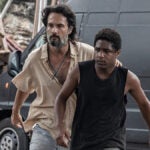 As she did with her memorable debut, “Kill Me Please” (which also starred Oliveira), da Silveira recreates the poisonous fumes that rise out of patriarchal and anti-feminist pressures, and then watches them drift into mainstream social norms passed between girls and women. Though the religious component is written broadly, the impact is hardly more surreal than many elements of 21st century reality.

The pop culture visuals, all girlish pinks and youthful neons, work not just to balance the giallo influence but also to burst it open. The clever humor in the bright makeup tutorials Michele makes suddenly curdles into horror once we discover its true purpose. 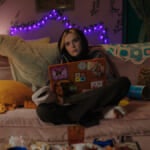 The same could be said for the women’s fashion obsessions, the men’s choreographed workouts and, especially, the Treasures’ angelic choir songs. (The meticulously designed soundtrack is so crucial, the movie could almost be considered a musical.)

The pacing is a bit slack, and the film does feel unnecessarily extended at over two hours. This is particularly noticeable in a less-confident third act, as if da Silveira doesn’t quite know how to resolve the appalling setup she’s worked so hard to create. Then again, maybe the film’s ultimate horror is in the chilling knowledge that there are no easy resolutions to be found.

Bullet Train Races to the Top

Sam Gooden, Founding Member of the Impressions, Dead at 87