Doctors act to fulfil duty of care in the climate crisis 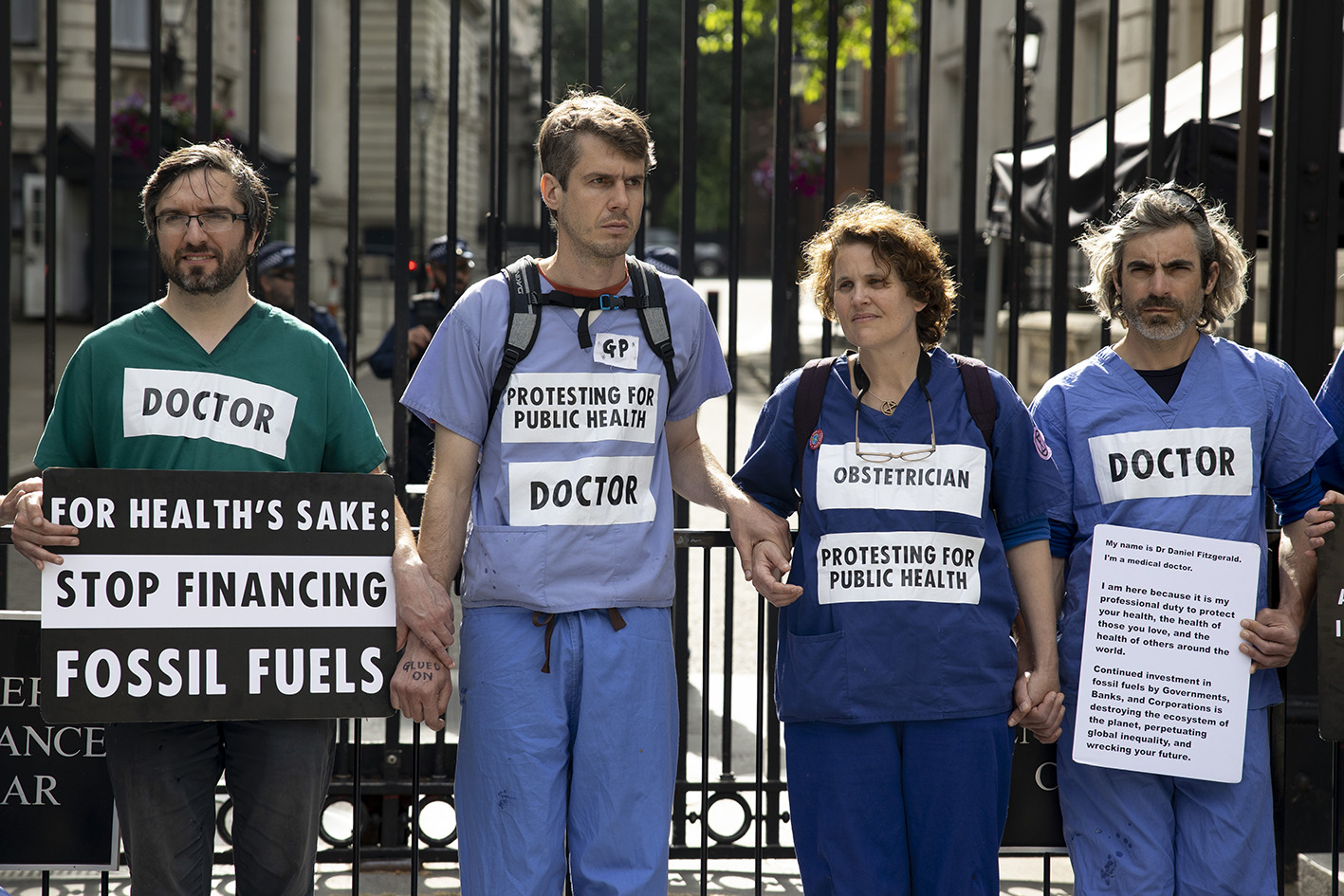 Healthcare professionals from across the UK gather outside Downing Street to protest against the continued use of government subsidies and licences for fossil fuel producers.

The protesters, whose action was organised by Doctors for Extinction Rebellion, Medact, and Health for a Green New Deal, also delivered a letter to the prime minister. It pointed out that the government’s healthcare guidance states that the country is “particularly at risk of drought, flooding and extreme weather events, all of which threaten the water, food, infrastructure and supply systems we depend on.”

Speaking at the 11 June demonstration, Fiona Godlee, former editor in chief of The BMJsaid, “Our political leaders are neglecting their duty of care to the young people of this country whose futures are now at risk, so we as health professionals feel morally obliged to protest on their behalf.”

Delays and cancellations plague the start of 4th of July travel