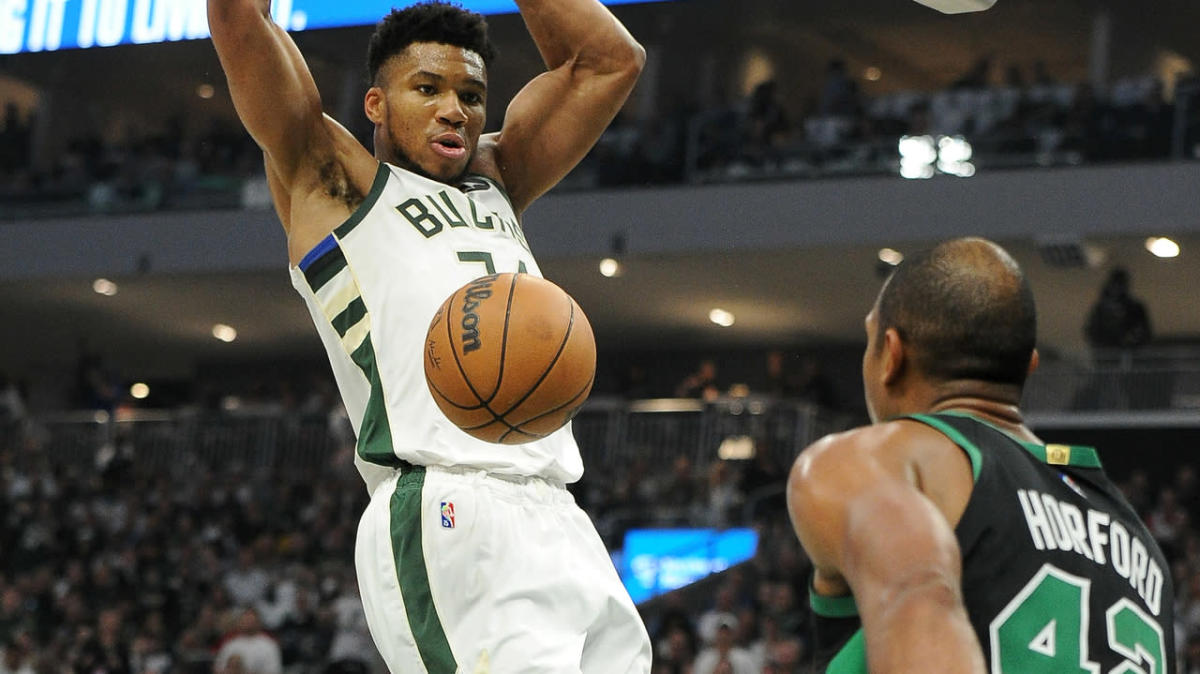 The Boston Celtics have Giannis Antetokounmpo in part to thank for Al Horford's career night Monday in Milwaukee.

Early in the second half of Game 4 of Boston's Eastern Conference semifinals matchup with the Bucks, Antetokounmpo dunked over Horford and stared down the 35-year-old veteran, picking up a technical foul for taunting.

Horford admitted after the game that Antetokounmpo's staredown “really didn't sit well” with him and motivated his incredible performance — a playoff career-high 30 points on 11 of 14 shooting that helped carry the Celtics to a 116-108 win.

Antetokounmpo and Horford went back and forth all night, with Horford exacting revenge by putting Giannis on a poster (and catching him with a stray elbow to the head) in the fourth quarter.

While emotions ran high on both sides during the game, Giannis was very complimentary of his adversary after the game.

“It's amazing,” Antetokounmpo said when asked about Horford's 30-point performance. “He's a true pro. Plays the right way. Obviously he led his team down the stretch, made a lot of tough shots. Gotta give him credit.

“A lot of people at 35 cannot even play that way. Hopefully, we can be blessed when we are in his position, and when we get old we're still in the league and we can still compete at the highest level. That's the goal.

“He's playing amazing, and he's the reason they were still in the game, in my opinion. You've always got to give credit where credit is due.”

Antetokounmpo wasn't asked about any specific incidents with Horford in Game 4, but the 27-year-old didn't seem interested in dwelling on a loss in which Milwaukee blew a seven-point fourth-quarter lead by allowing 43 points over the final 12 minutes.

“No matter what I feel, it doesn’t even matter now. Emotions are for movies, not for basketball.”

With due respect to Giannis, emotions helped Horford turn back the clock with a performance that may have saved the Celtics' season as they attempt to take a 3-2 series lead Wednesday night in Game 5 at TD Garden.