How Bitcoin Mining Is Perfect For Nigeria 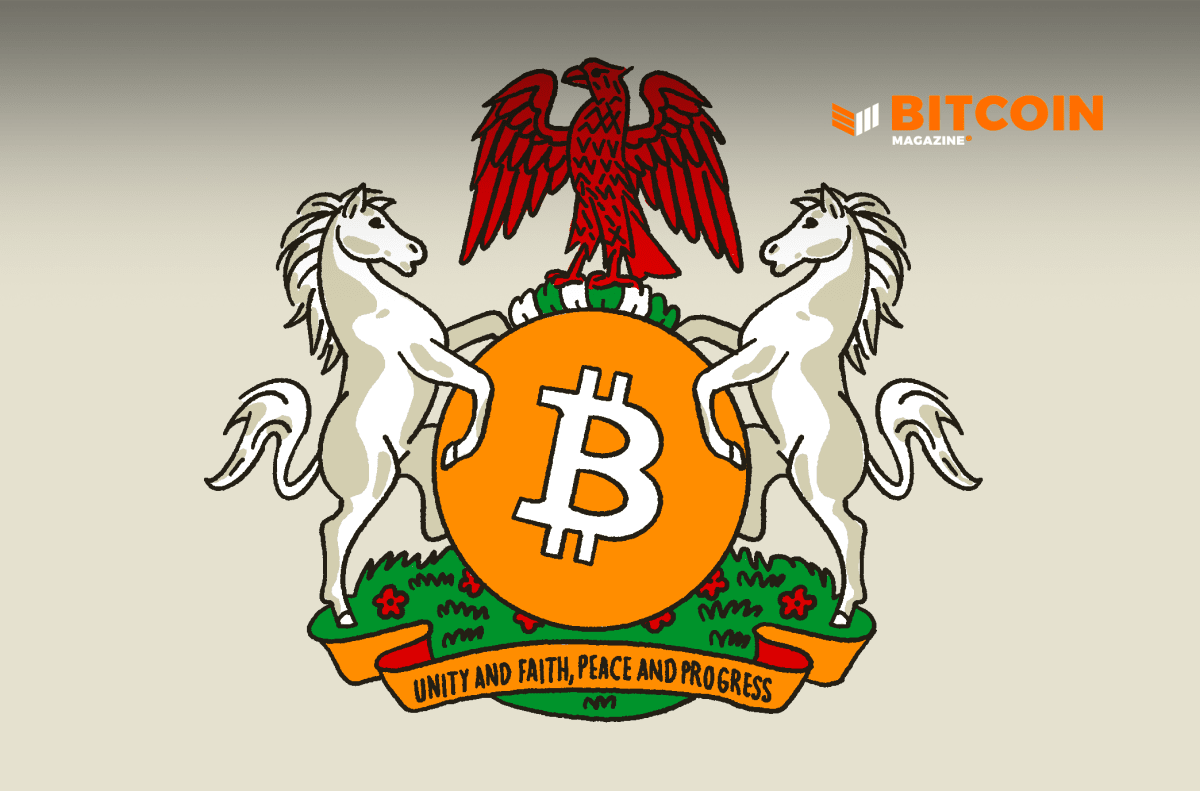 This is an opinion editorial by Heritage Falodun, a software engineer and co-host of the “Bitcoin In Nigeria” podcast.

The aim of this work is to give a brief, concise but insightful elucidation around the economic meltdown and environmental degradation in Nigeria, while also proposing Bitcoin mining through renewable energy sources as a solution to those problems.

This document analyzes and showcases the complexity around electrical energy sources that have been explored, and the impact of such exploration to the country’s ecosystem.

Observed available renewable energy sources should be explored for mining Bitcoin in Nigeria in order to spur the nation's growth economically, and concurrently to serve as a reference point for curbing environmental degradation and climatic havoc caused by carbon emissions from fossil fuels and gas.

Bitcoin mining is the process of creating new digital tokens and adding past transaction records to a public blockchain ledger.

Bitcoin mining requires sophisticated hardware, specialized computers called ASIC miners for solving complex math problems, and as a reward, miners earn new bitcoin and collect transaction fees on every valid transaction in the block, which is what has been instrumental in keeping the Bitcoin network active. Miners can be curious individuals or professional mining firms. The bitcoin mining process is ultimately a proof-of-work consensus mechanism.

The first miner to solve a cryptographic puzzle receives bitcoin for expending computing energy and validating the transaction “block.” Bitcoin’s pseudonymous founder, Satoshi Nakamoto, originally implemented a limit of one megabyte of transaction data per block.

The inventor of Bitcoin also set a hard limit on bitcoin’s supply at 21 million bitcoin. Miners have mined more than 90% of the available bitcoin. Every four years, the number of bitcoin awarded for solving new blocks is halved, which is a process known as Bitcoin halving.

This is a feature that is widely believed to corroborate the principles of economics and scarcity. Based on this schedule, it could be a few decades before the final bitcoin is mined. However, these hardware devices that enable Bitcoin mining must be powered by electricity and the mode of generating this electrical energy from different energy sources without causing environmental havoc and climatic degradation is of utmost importance. Generating electrical energy from green and renewable energy sources has been the best option for the Bitcoin mining ecosystem globally.

A study by CoinShares estimated that, as of 2019, at least 74% of cryptocurrency’s global energy consumption came from renewables, mostly in the form of relatively cheap, Chinese hydropower.

Bitcoin being a global, decentralized currency which is a censorship-resistant, deflationary asset, as opposed to the inflationary Nigerian naira, means Bitcoin will be the best bet for revitalizing Nigeria’s economy if consideration are put in place to initiate Bitcoin mining investment powered by the various, unexplored renewable and green energy sources available in Nigeria, one of the leading countries in global Bitcoin adoption.

An Overview Of Nigeria’s Economy

Nigeria’s economy remains the biggest economy in Africa, despite the challenges that have been dwindling its growth over the years.

However, inflation has been eating deep into the Nigeria economic market, driving the cost of food there up by nearly 26% over the last year.

Nigeria Has A Carbon Emission Problem

Fixing carbon emission hasn't played out as a priority for the government agenda in Nigeria yet, as demonstrated by the increasing levels of carbon emissions there. Carbon dioxide emissions stem from the burning of fossil fuels. They include carbon dioxide produced during the consumption of solid, liquid and gas fuels and gas flaring. Nigeria’s carbon (CO2) emissions for 2018 was 130,670 kilotons (kt), a 15.72% increase from 2017.

Nigeria has the required infrastructure, climate, expertise, as well as human capital to take advantage of renewable energy sources.

“Solar panels are known to work(although dependent on the design) with an average peak sunlight hour of 3.5 hrs,” per Solynta, thus indicating that solar power would be a feasible energy source in a Nigerian city like Laos.

Hydroelectric Energy: To my knowledge, the only major rivers that are being explored for hydroelectric power in Nigeria are the Kanji, Shiroro, Niger and Benue. According to recent research, 32 exploitable hydropower sites have been observed in Nigeria with a total installed capacity of 12.22 gigawatts (GW).

But Nigeria is bestowed with many rivers and natural falls that could favor the initiation of more hydropower systems.

A consistent increase in carbon emissions in Nigeria is likely.

Bitcoin Mining Powered By Renewable Energy Is The Future Of Nigeria

Bitcoin ecosystem research released in January by the Bitcoin Mining Council stated that, in the fourth quarter of 2021, the worldwide Bitcoin mining sector was being powered by about 58.5% renewable energy. I believe that Nigeria shouldn’t be left out of this emerging market as it stands a chance of boosting its economy.

The mining data shows that a new hybrid model for Bitcoin mining has emerged. Bitcoin miners can easily buy energy from renewable energy providers when energy is abundant, or create a private structure and capital around generating electrical energy from green and renewable energies as part of their setup costs and implementation capital. In so doing, the miners are monetizing renewable assets that would have otherwise been dumped or ignored, while maintaining a generally high uptime and safe environment and contributing to the country’s economy.

Taking a look at an existing mining farm in Alberta, Canada, run by Hut 8 Mining, for example: The bitcoin generated from its first quarter 2022 mining rewards was 942 BTC. If similar mining farms were implemented across 36 locations in Nigeria — a reasonable number based on my research into locations where this would be feasible — that could yield some 33,912 BTC in one quarter if conditions were the same, worth about $712 million at the time of writing this.

Bitcoin being a deflationary currency which serves as the reward for mining makes it an investment source capable of boosting Nigeria’s internally-generated revenue with about $2.84 billion per year (based on the $712 million assumption from above, multiplied across four quarters), assuming the government taxed privately-owned Bitcoin mining farms.

But the mining farms must be powered by renewable and green energy sources such as solar energy and hydroelectric energy sources. This will be a perfect way of utilizing the possible electricity that could be generated from an average of 1,885 hours of sunlight per year in places like Laos. Hydroelectric power plants very frequently substitute power generation from fossil fuels, thus reducing issues like acid rain, carbon emissions and smog.

The unexplored, possible electrical energy that can be generated from hydro sources in Nigeria should be developed, and nation states with government-owned and privately-owned Bitcoin mining infrastructure, such as El Salvador, Canada and some parts of the United States, should be considered as reference points in this context.

This is a guest post by Heritage Falodun. Opinions expressed are entirely their own and do not necessarily reflect those of BTC Inc or Bitcoin Magazine.