How To Watch Clean with Passion for Now? The 2018 Hit K-Drama 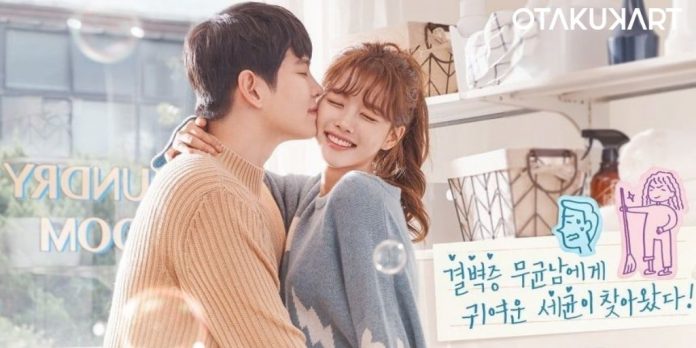 The K-Drama “Clean with Passion for Now” aired back in 2018. But its unique and cute storyline still lives rent-free in minds of viewers. In fact, its unique title drew a lot of people in too. Hence, many are curious as to where to watch Clean with Passion for Now. I will provide you with the streaming details here and some more information that you’d like to know before you start watching the drama.

The Korean drama industry is known for its wonderful adaptations of webtoons and mangas. ‘Clean with Passion for Now’ is also one of them. It is based on a webtoon of the same name by artist Aengo that first came out in 2013. The sweet romantic drama struck a chord with the viewers worldwide, and hence was one of the most successful dramas of the year. The chemistry between the main leads was also a topic of interest for most. If you haven’t watched it yet, fret not, and read ahead to find where to watch Clean with Passion for Now.

How to watch episodes of Clean with Passion for Now?

The drama aired on the JTBC network when it came out in 2018. The drama started airing in November 2018 and ended sometime in February 2019. For the ones who missed it while it was on-air, you can still watch the much-loved drama. You can watch ‘Clean with Passion for Now’ on the major OTT platform Netflix.

The drama has 16 episodes which are an hour long or so. Hence, it makes for a quick watch whenever you just want to just chill and watch something fun. For those who love to watch romantic comedies, this is the one for you. The drama doesn’t only deal with one phobia that our male lead has but also a myriad of issues that are covered under light humor. On top of that, the great acting by the main leads steals the show. A guy obsessed with cleanliness falls for a girl who is his opposite. it’s interesting how their love story builds up amongst these personality differences. We also have the legendary second lead too, so expect a love triangle too, and a little angst.

Clean with Passion for Now Synopsis

The drama is about a mysophobic CEO, Jeong Seon-gyeol who hires a new employee Gil Oh-sol, who is his extreme opposite. Seon-gyeol is a neat freak, with an extreme obsession with cleanliness. His obsession is another level as he also owns a company that does cleaning services. Meanwhile, Oh-sol isn’t really that high on cleanliness. Her trademark even is a tracksuit that she wears day after day. But, the show reveals how every habit is not formed in a day, there is always a backstory. Tough conditions for Oh-sol who doesn’t have a permanent job, hence due to her tough life she has given up on things like cleanliness. Meanwhile, we have our male lead who has been drilled since childhood about this habit of being spick and span. The show has emphasized well on the topic of OCD without going over the top and showing more facts than generic knowledge. The drama even has a character who is a psychiatrist, so that brings a lot of authenticity to the drama.

Cast of Clean with Passion for Now

When Clean with Passion for Now aired, it actually became quite successful. Especially the male lead, since it was played by actor Yoon Kyun-sang. Kyun-sang is very popular among the masses, and his role as a mysophobic CEO made people fall for him even more. We have the supremely talented and beautiful child actor turned actress Kim Yoo-jung. She plays the role of Gil Oh-sil. Further, we also have Song Jae-rim, as Choi Ha-in, who lives above Oh-sil’s house and is a psychiatrist. He is also our beloved second lead here.

The cast of the show obviously is a reason for loving this drama. Apart from the main leads, the show also has a great team of supporting actors. The OST can’t be left behind. The drama has one of the nicest soundtracks that goes really well with the drama’s lovely atmosphere. If you ever had a second thought about watching this drama, just give it up now. The drama is fresh and absolutely worth your time.