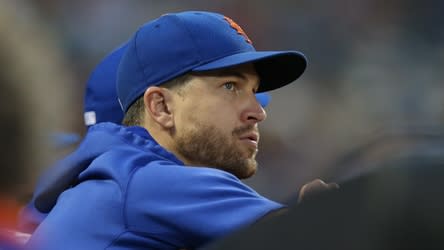 With the Mets claiming Locke St. John off waivers from the Cubs, the team transferred Jacob deGrom to the 60-Day injured list.

DeGrom has not pitched this season as he deals with a stress reaction in his shoulder. Despite the transfer, the latest news on his injury was still positive.

The Mets ace received an MRI a couple of weeks ago that showed “considerable healing,” and he was cleared to “begin loading and strengthening of the shoulder.”

The move to the 60-Day IL is just a paper move to make room for St. John. He’s only tossed eight big league games – seven of them with the Rangers in 2019, and one with the Cubs earlier this year. He owned a 2.58 ERA in Triple-A last year and struck out 75 batters in 59.1 innings.

When the Mets first announced deGrom’s injury, they said he’d be shut down for four weeks. When announcing the results of April’s MRI, the team also said he’d be re-imaged in approximately three weeks, so we could get more deGrom news – one way or another – relatively soon.