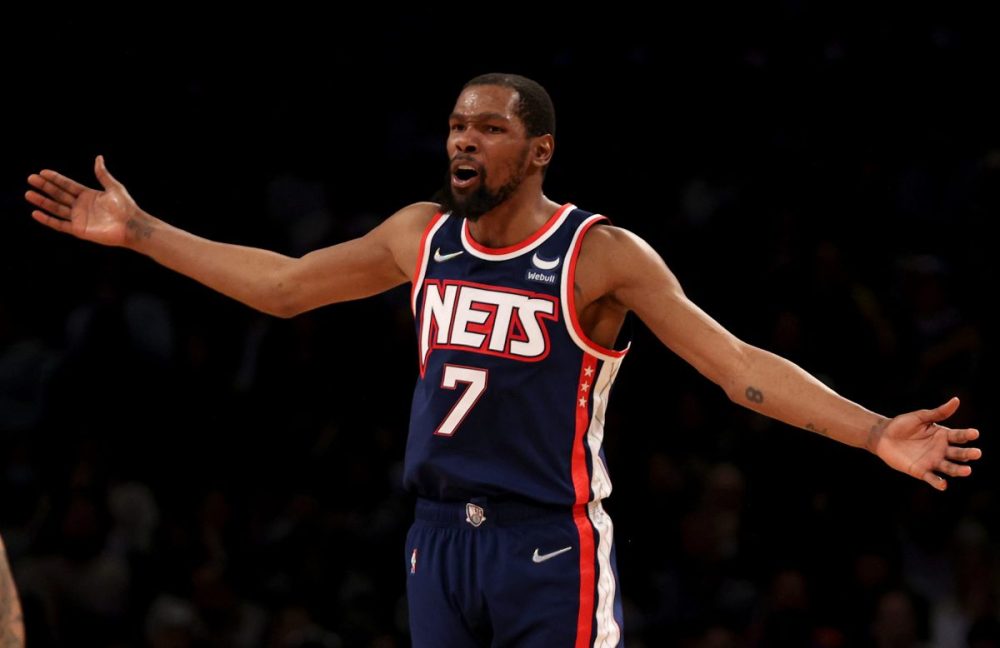 According to rival NBA executives who’ve spoken to the Nets, the asking price remains high for 12-time All-Star Kevin Durantand is expected to go up following the boatload of draft picks the Timberwolves gave up to acquire Rudy Gobert.

Brooklyn is seeking a combination of the best assets from teams, including any All-Star player(s), rising young players with All-Star potential and substantial unprotected draft picks and pick swaps where applicable.

Brooklyn’s roster currently has role players and All-Star caliber players in Ben Simmons and Kyrie Irving (for now) to field a competitive playoff team upon the return for Durant. Currently, the Lakers appear to have the most trade interest in Irving.

While the Suns and Heat are Durant’s preferred destinations, there are complications to a trade with both teams.

Devin Booker can’t be traded for a year once he signs his supermax extension with the Suns. Brooklyn can’t have Ben Simmons and Bam Adebayo together due to CBA rules. The Nets would have to trade Simmons before any potential acquisition of Adebayo.

With that in mind, the Nets would want more than Deandre Ayton and Mikal Bridges from the Suns. Tyler Herroas the main trade chip for the Heat, wouldn’t scratch the surface of what the Nets want. At least a third team would need to be involved for Brooklyn to get all the desired assets it wants for Durant with either of these teams.

ESPN’s Adrian Wojnarowski mentioned Toronto as a team “lurking” for Durant. Rookie of the Year Scottie Barnes would logically be on Brooklyn’s wish list in such a trade scenario, and Masai Ujiri has already swung for the fences and succeeded with Kawhi Leonard in a contract season before, let alone a star under contract for four seasons.

The Pelicans took a step forward last season and could take a monumental one if they can build a package around Brandon Ingram and draft picks of their own and from the Lakers and Bucks in previous trades for Durant and pair him with Zion Williamson in the frontcourt.

If Boston wanted to make a run at Durant, the Celtics could theoretically try and entice the Nets with a package around Jaylen Brown and Marcus Smart.

The Nets plan to wait until they get an offer that accommodates their asking price with Durant’s contract guaranteed over the next four years.

For more on Durant trade scenarios, check out a list of players who can’t be traded in a package with the Nets in a story by our USA TODAY Sports colleagues at For The Win.

Stephen Curry: ‘Defending the title is tough, but we’re excited about the opportunity’

Jayson Tatum: ‘I learned that I’m 24 and one of the best players in the world’