Macron calls for ‘new European political community’ that could include Britain 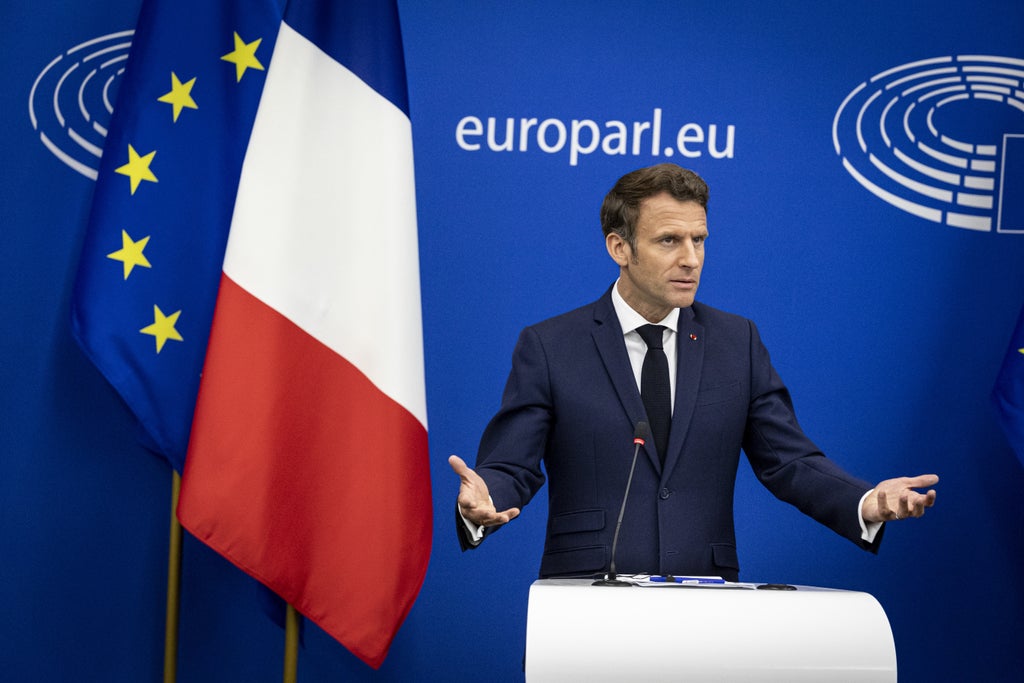 Emmanuel Macron has said the UK could be offered a closer relationship with Brussels as part of a new type of “political European community” that would include countries that haven’t joined the EU or have left.

The French president, speaking to the European parliament in Strasbourg, said it would allow countries like the UK or Ukraine to decide on the level of integration they wanted with Europe.

However, he poured cold water on the notion that Ukraine would be able to join the EU imminently, but in the meantime said the country, which is currently battling Russian forces, needed to be given an indication it is already a part of Europe.

“Ukraine by its fight and its courage is already a heartfelt member of our Europe, of our family, of our union,” Mr Macron said.

“Even if we grant it candidate status tomorrow, we all know perfectly well that the process to allow it to join would take several years indeed, probably several decades.”

Rather than altering the EU’s strict standards for membership, Mr Macron suggested creating a new parallel European project that could appeal to countries who wanted to join the bloc.

Britain and other countries which leave the EU could also be a part of Mr Macron’s new plan. In Berlin later on Monday, Mr Macron said the UK would be offered a “full place” in the community.

He said this “European political community” would be open to democratic European nations adhering to its core values in areas such as political cooperation, security, cooperation in energy, transport, investment of infrastructure or circulation of people.

“Joining it would not necessarily prejudge future EU membership,” he said. “Nor would it be closed to those who left it.”

Relations between the pro-EU French president and Boris Johnson are frosty after repeated clashes over Brexit and fishing rights, and it remains to be seen how the proposals will be received in No 10.

Mr Macron stressed that speaking about Europe’s future priorities was in stark contrast with the behaviour of Russia, who on the same day showed off their military might in a parade in Moscow to commemorate the Soviet Union’s victory over Nazi Germany in World War II.

“We have given two very different images of May 9,” Mr Macron said.

“On the one side, there was a desire for a demonstration of force and intimidation and a resolutely war-like speech, and there was here … an association of citizens and parliamentarians — national and European — for a project on our future.”

President Volodymyr Zelensky has previously said he wants Ukraine to join the EU and just last month called on European leaders to prove they stood with the country as they battled Russian aggression.

How to Raise Venture Capital That Matters

Ukraine says 87 killed in Russian attack on military base

Fokoos Odin 5 Review: A Slick Printer for Beginners that Fails to Hit the Mark