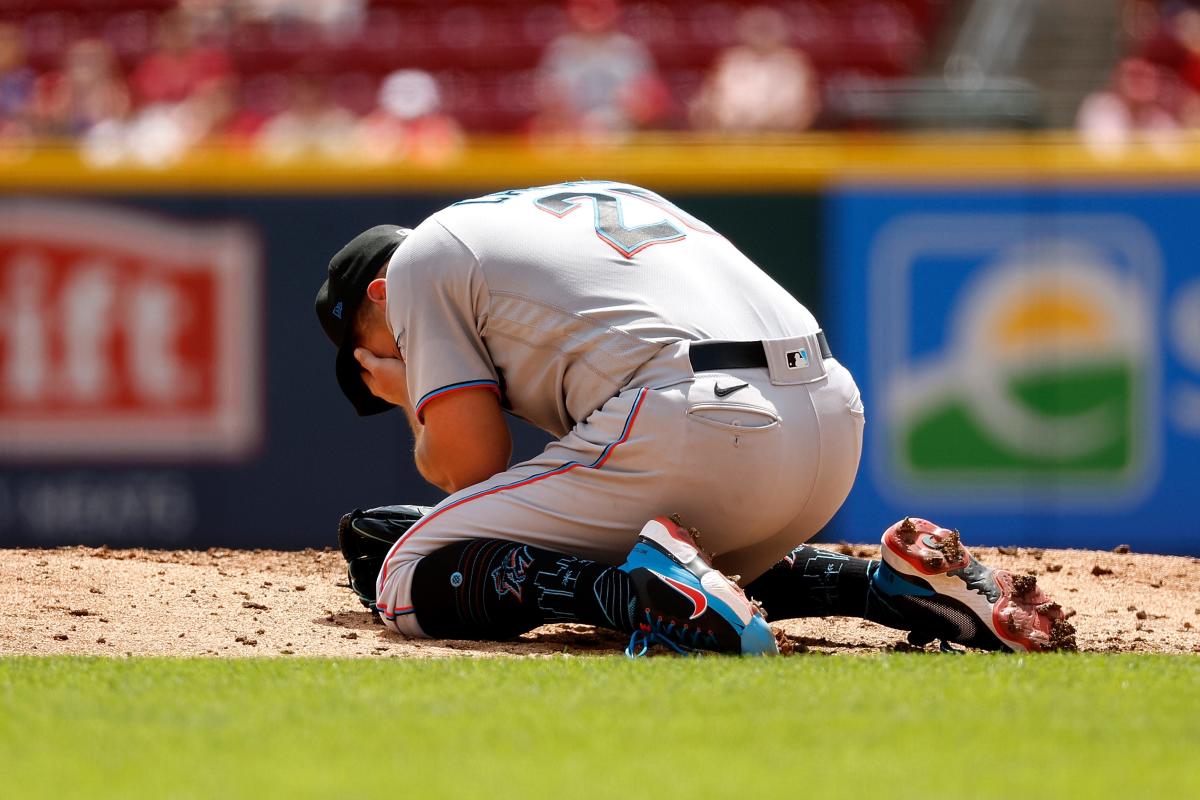 Miami Marlins left-handed pitcher Daniel Castano walked off the field under his own power after taking a line drive off the side of his head in the first inning Thursday.

Castano was struck by a 104-mph line drive from the bat of Cincinnati Reds third baseman Donovan Solano. The ball deflected in the air all the way to Marlins third baseman Joey Wendle for the out.

The Marlins announced he had a forehead contusion with a mild concussion, and he will be evaluated further.

Called up from Class AAA to make Thursday's start, Castano kneeled on the mound and held a hand to his forehead after he was hit by the line drive. Solano crouched along the first-base line and Tommy Pham, the runner at second base, immediately looked away.

Marlins trainers immediately ran onto the field, along with Reds trainer Tomas Vera. After talking with Castano for about a minute, they waved off a cart that was parked in the right field bullpen. Castano chatted with trainers while he was on a knee and received a standing ovation from the crowd when he stood up.

Once the 27-year-old Castano stood up, Solano walked from his spot along the first-base line and put his arm around Castano to apologize for the line drive. Castano said a few words as he nodded and he tapped Solano before walking to the Marlins' dugout with trainers on each side of him.

Gary Player accuses son of selling his memorabilia without permission