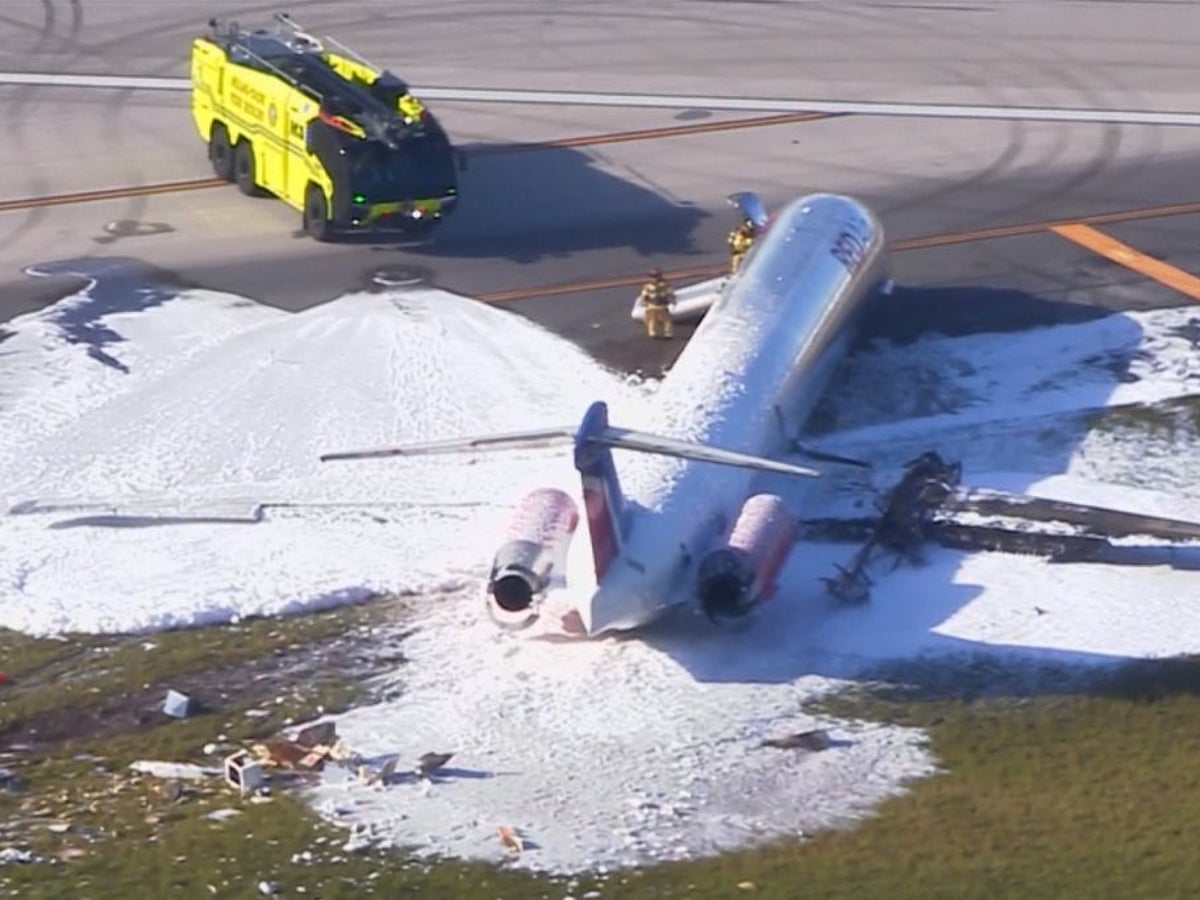 A plane carrying 126 people caught fire when its landing gear collapsed on the runway at Miami International Airport, according to officials.

Authorities say that three people received minor injuries and were taken to the hospital for treatment. The remaining passengers were bussed from the site of the accident to the terminal.

The plane was arriving from Santo Domingo at around 5.30pm when the incident took place.

The plane appeared to have come to rest near a grassy area by the side of the runway.

Some flights were delayed due to the fire, airport officials said.

What is Red Air, the Dominican airline whose plane crash landed at the Miami airport?

Red Air is one of the region’s newest airlines. The company, which is based in the Dominican Republic, launched in the fall of 2021 — looking to challenge other cut-rate airlines by offering relatively affordable flights between the US and the Caribbean country.

Steven Kuhr, took to Twitter to criticse the evacuation of the Red Air flight at Miami International Airport.

“Luggage and roller bags on the tarmac. Unacceptable. The evacuation needs to be evaluated by @NTSB,” said Mr Kuhr, whose Twitter bio says he is an emergency manager.

Passengers from the Red Air flight grabbed their bags and ran from the scene of the crash, dramatic social media videos show.

Miami-Dade Fire Rescue took to Twitter and posted details of the dramatic incident.