Nothing sells like nostalgia. A startup company’s plan to bring back a legendary (sort of) car has sparked so much interest that they’ve decided to release it earlier than scheduled.

We’ll get our first look at the next DeLorean on May 31.

The DMC DeLorean, for those of you who don’t remember the 1980s, was a distinctive wedge-shaped exotic car known for its unpainted stainless steel body, gull-wing doors, and louvered rear window. It was the passion project of car designer John DeLorean – the mind behind the Pontiac GTO and Firebird. 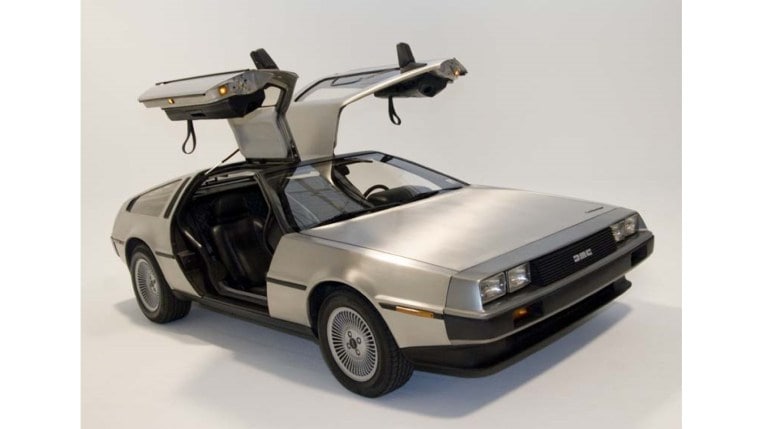 The company he founded to build it, DeLorean Motor Company, managed to build about 9,000 of them before going under in a haze of unpaid debts and fraud allegations.

The car’s performance never lived up to its looks. But it earned a place in pop culture history as the time machine in the “Back to the Future” film series and probably sold more posters than any other flop in automotive history.

Now, a company calling itself DeLorean Motors Reimagined has plans to launch a second DeLorean car 30 years after the original went out of production. They had told the press the car would debut this summer at the Pebble Beach Concours d’Elegance. But a recent tweet moved the date up to this month. 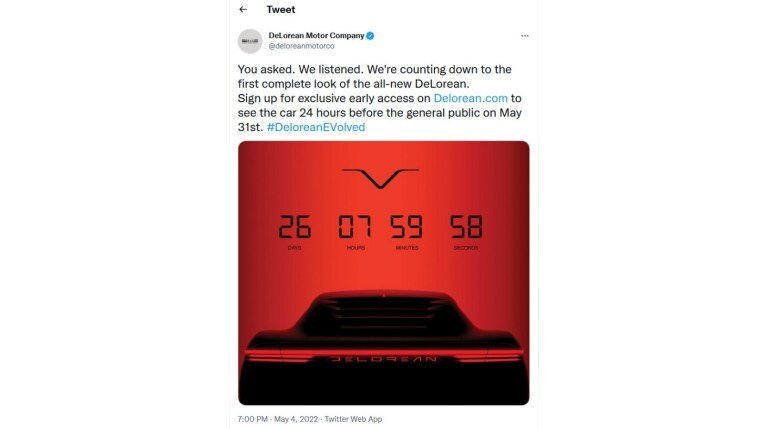 DMR is a bit of a mystery. Its largest shareholder is another company operating under the name DeLorean Motor Company that seems to have no connection to the original leadership. The new DMC restores old DeLoreans.

They’ve released several teaser photos but little else to tell us what to expect. Tweets use the hashtag DeLoreanEVolved, which may hint at a model name. Company sources have said it’s electric. And the teasers show a clear resemblance to the original, with gull-wing doors and a bare metal look (almost certainly not heavy stainless steel in 2022).

What powers it? What will it cost? How will interested buyers find one? No one outside the company seems to know.

We hope to bring answers to those questions at the end of the month.