Price Controls Don’t Work Even Under Penalty of Death 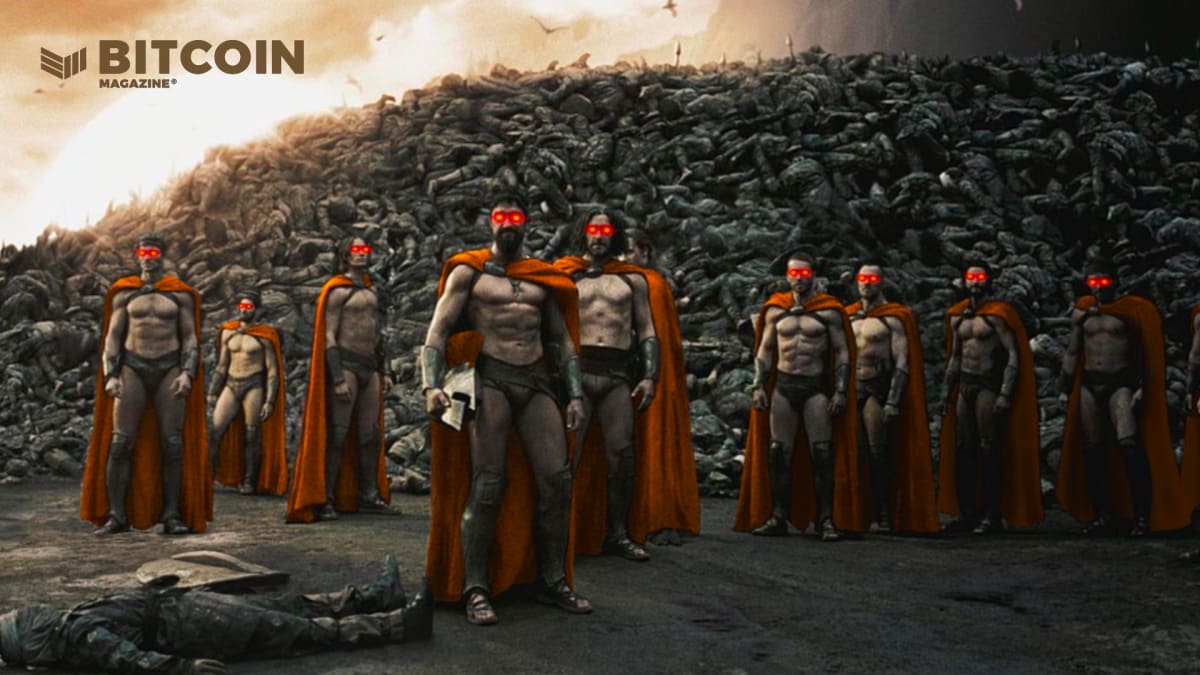 Nico Antuna Cooper is a university lecturer and works in the borderland. He witnesses the cultural opportunities of Bitcoin in both Latin America and the United States on a daily basis.

Inflation is reaching a level so high that even mainstream news sites care now. Across the board, the average American is seeing an increase in prices in almost everything. From real estate to groceries to gasoline prices, consumers are getting less for more in nearly every sector. Even the massaged CPI inflation calculations provided by the government are looking pretty bad these days. As a result, policymakers like Elizabeth Warren are proposing legislation to enact widespread price controls and prevent “price gouging” across the country, protecting the consumer from the coming storm of hustlers.

On the surface, this seems like a good idea as there is no federal law currently making price gouging illegal on a national basis. For those who have faith in the government's ability to control the economy this seems like a great relief to average people everywhere.

Unfortunately, a price control law does not address the underlying mechanisms causing prices to rise in the first place: currency debasement and its ugly brother, inflation. There are other factors as well. Notably, when we are speaking about high prices, the conversation largely revolves around gasoline, which in turn affects the price of everything else. The price of oil is largely set by the global supply provided by OPEC, an entity over which U.S. policymakers have no control. Remember that OPEC is a cartel and cartels, by definition, exist to control the price of a commodity, e.g., crude oil, cocaine, etc. Regrettably, cartels do not respect U.S. price controls. So what do price controls fix? Can they bring prices down anyway?

Simply put, the reason prices are sky high is because of quantitative easing, supply chain interruptions and price manipulation on a global level. Price control laws fix none of these; they are like trying to put a really expensive band-aid onto a hemorrhage. It's not going to stop the bleeding.

Price control laws are nothing new and actually have precedent going back thousands of years; as long as there has been inflation there have been attempts at price control. Oftentimes, it is the same centralizing authority making the price controls to reign in the inflation that it created in the first place, and today is no exception. Pedants will point out that federal government lawmakers are proposing these controls while the Federal Reserve Board (an independent agency) is the one causing the quantitative easing. To them I say: We all know very well that one hand washes the other. It is important to note that historically, price control mandates have never worked. Long before the Federal Reserve, we saw it happen it in the decline of the Roman Empire, where even the death penalty could not prevent merchants from raising prices on goods and services.

The denarius was the silver coin used most extensively in Ancient Rome. To fund the increasing costs of the empire, e.g., a giant army, opulent orgies and bribes paid so enemies would not invade, the Romans needed to amass increasingly larger amounts of money. In the second and third centuries A.D., Roman silver mines declined in production and tax revenues could not keep up, so the Romans began to debase their currency — slowly, at first under the auspices of Nero Claudius Caesar Augustus Germanicus, but to levels of massive inflation by the time of Diocletian. The silver content went lower and lower, making each coin less valuable over time.

While debasement and inflation are not the same thing, at some point the money debased enough to cause massive inflation, and completely eroded trust in Roman coinage. Eventually, the Romans minted as many as a million coins per day, driving prices ever higher in an ancient inflationary environment (sound familiar?). Emperor Aurelian, a cavalry commander from the peasant class, came to power and attempted to stabilize the money supply by guaranteeing a minimum amount of silver and printing that ratio on coins in order to build trust with the public. This stabilization was short lived, however, and inflation roared back stronger than ever in the empire. Money creation was the only option for a declining empire. This is an excellent video by Told In Stone on the topic.

Emperor Diocletian — (reigned 284-305 A.D.) also known for conducting the largest Roman persecution of Christians — attempted to reform the military, government and monetary system. Prices became so high that Emperor Diocletian made a famous “Edict on Maximum Prices” in 301 A.D.:

“The first two-thirds of the Edict doubled the value of the copper and billon coins, and set the death penalty for profiteers and speculators, who were blamed for the inflation and who were compared to the barbarian tribes attacking the empire. Merchants were forbidden to take their goods elsewhere and charge a higher price, and transport costs could not be used as an excuse to raise prices.

The last third of the Edict, divided into 32 sections, imposed a price ceiling — a list of maxima — for well over a thousand products. These products included various food items (beef, grain, wine, beer, sausages, etc.), clothing (shoes, cloaks, etc.), freight charges for sea travel and weekly wages. The highest limit was on one pound of purple-dyed silk, which was set at 150,000 denarii (the price of a lion was set at the same price).”

The edict did not have a lasting effect. “By the end of Diocletian's reign in 305, the Edict was for all practical purposes ignored. The Roman economy as a whole was not substantively stabilized until Constantine's coinage reforms in the 310s.”

Pay special attention to Diocletian's verbiage regarding “speculators” and “profiteers.” This same vague rhetoric was used by President Richard Nixon to remove the United States from the gold standard and is now being used by lawmakers to obfuscate the role of the federal government and the Federal Reserve in price increases. Speaking of Nixon, he too enacted price controls immediately after taking us off the gold standard. We all know how effective those have been.

On a macro scale, price increases are not caused by “speculators;” they are caused by currency debasement and inflation. Today, they are also caused by supply chain interruptions and cartel price fixing, not through gouging by the gas station, restaurant or street peddler at the end of the line. In fact, these types of businesses operate on razor-thin margins and profit very little from this process. The final points of sale are not profiteers, and in fact, they are entities with the least influence over the price of goods. As always, price controls attempt to scapegoat the businesses with closest proximity to the customer and not the larger entities which really move prices. As a result, they never really work. Even at the point of a sword in Rome, they did not work.

There is no penalty that the federal government can enact that is worse than the death penalty. Whether it's increased regulatory procedures or even criminal charges for people selling products at a certain price, nothing is more severe than the tried and true Roman execution methods of being buried alive, impaling and, of course, crucifixion. If even these brutal penalties could not prevent prices from increasing, what makes you think anything else will?

Ever higher prices are caused by an uncapped money supply, and being that this is Bitcoin Magazine, this is an excellent opportunity to mention that bitcoin is the only truly capped money supply in history. Bitcoin is important because it cannot be inflated away like the Roman denarius or the U.S. dollar. Unless the vast majority of participants agree to raise the supply against their own best interests, bitcoin will continue to be a safe haven against inflation for many years to come, with less and less supply coming out of the system over time. No politician, policymaker or emperor will ever be able to change this.

And most importantly, regardless of fiat-denominated prices going ever higher, bitcoin will never need price controls to ensure its purchasing power.

This is a guest post by Nico Antuna Cooper. Opinions expressed are entirely their own and do not necessarily reflect those of BTC Inc. or Bitcoin Magazine.

Half of Latin Americans have used cryptocurrencies, according to Mastercard survey