Jason Kubler is back inside the world's top 100 for the first time since 2018 in the latest ATP Tour singles rankings. 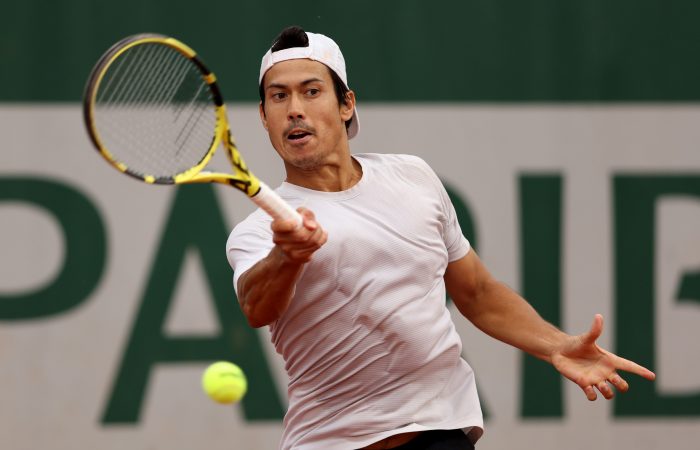 Jason Kubler has returned to the world’s top 100 in the latest ATP Tour men’s singles rankings.

The 29-year-old from Brisbane rises 19 places to world No.100 after making back-to-back ATP Challenger finals on American hard courts in the past fortnight. This is Kubler’s highest ranking since October 2018, when he peaked at world No.91.

Nick Kyrgios is also on the rise, jumping 13 places to world No.65 after advancing to an ATP semifinal in Stuttgart last week, while Jordan Thompson improves four spots to world No.70 after making a second consecutive ATP Challenger final on British grass.

Omar Jasika is one of the biggest movers of the week, rising 50 spots to world No.422 after a successful run at ITF Futures level.

Talia Gibson, a 17-year-old from Perth, also sets a new career-high this week. Gibson improves 63 places to world No.657 after winning her first ITF title in America.

Jaimee Fourlis is proving she is one to watch too. The 22-year-old has built a 10-match winning streak in the past fortnight, scooping back-to-back ITF titles at events in Romania and Spain.

Max Purcell and Matt Ebden have both been rewarded after recording a runner-up finish in s-Hertogenbosch last week. Purcell rises three spots to world No.32, with Ebden improving four places to world No.34.

Matthew Romios (up 48 spots to world No.386) and Brandon Walkin (up 79 places to world No.451) have been rewarded following success at ITF Futures level. The Aussie pair have made finals appearances in their past three tournaments.

While Astra Sharma returns to the top 100 this week, rising 14 places after reaching the quarterfinals at a WTA tournament at Nottingham.

> AUSSIES IN ACTION: Find out where our top-ranked Australians are competing this week