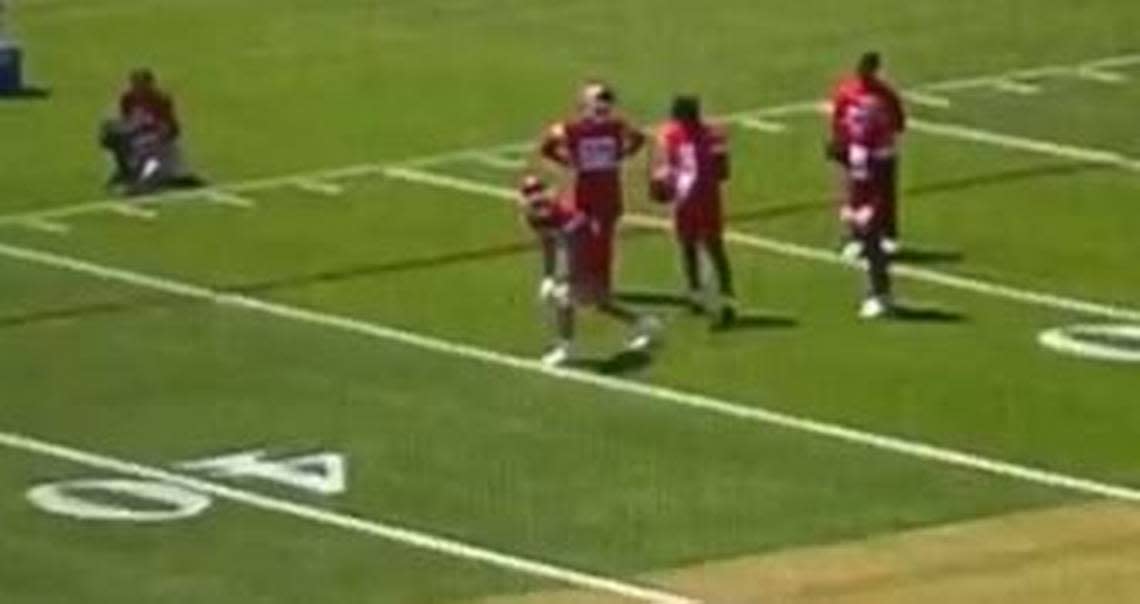 The Chiefs’ rookie minicamp, which ended Monday, also included 40 players who were invited to try out. That included wide receiver Andrew Boston of Eastern Washington.

He played all four years for the Eagles. During his senior season last fall, Boston had 69 receptions for 969 yards with seven touchdown catches.

Boston, who wasn’t invited to the NFL Combine, is a long shot to make the Chiefs roster, but he turned heads Monday by making an incredible one-handed catch. Arrowhead Pride’s Pete Sweeney shared his observations from the rookie minicamp on Twitter and took note of Boston’s catch.

Boston responded to Sweeney on Twitter with video of the grab. This is a really great catch.

Eastern Washington may not seem like a breeding ground for pro players, but more than two dozen former Eagles players have appeared in the NFL. That includes Super Bowl LVI MVP Cooper Kupp of the Los Angeles Rams.

Boston talked about his time at Eastern Washington and hopes of continuing to play as a professional on the NFL Draft Diamonds podcast. Boston said he has modeled his game after the Titans’ Julio Jones.

“I think I have a good mixture between size and strength at 6-3, 205,” Boston said. “I feel like I’m a physical presence on the field as far as not only physically but mentally. I kind of embrace that dog attitude of not necessarily being a bully on the field but a guy who’s confident in himself and a guy who’s not afraid to perform.”

Emma Raducanu ‘has put herself in a difficult position,’ says John McEnroe