In one of the biggest wins of her career, Ajla Tomljanovic upset world No.5 Anett Kontaveit on Monday to advance to the second round at Roland Garros. 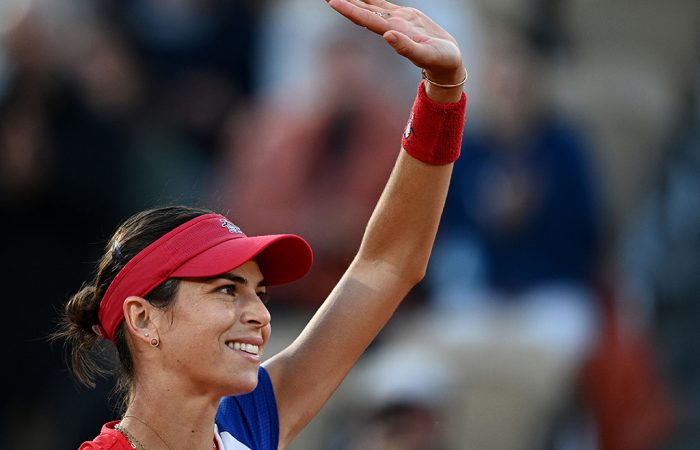 Ajla Tomljanovic has scored one of the biggest wins of her career to advance to the second round at Roland Garros.

The 42nd-ranked Australian ousted world No.5 Anett Kontaveit 7-6(5) 7-5 to set up a meeting with Varvara Gracheva, where she will attempt to reach the third round in Paris for the first time since 2014.

At that edition of the tournament, eight years ago, a young Tomljanovic upset world No.3 Agnieszka Radwanska to advance to the last 16.

Her win over the fifth-ranked Kontaveit marks her biggest win, by ranking, since that breakthrough performance, at the same time snapping a five-match losing streak to top 10 players.

“These are the matches that I love to get up for,” said Tomljanovic, who joined fellow Aussie Daria Saville on Monday’s list of winners.

Paris bringing out all the smiles😆🇫🇷 Good day at the office pic.twitter.com/Qgmk3dSrIJ

“I think in my career I played a lot of top players first rounds in slams and I always feel like I can win, but it never really matters until you really do it.

“I think this mostly does a lot for my confidence… When you really come out with a win, it’s different than just putting up a good match. So that makes me happy.”

She saved three break points in the ninth game of the first set to hold for a 5-4 lead, then shrugged off a missed set point in the 12th game to eventually prevail in the tiebreak.

In the second set, she let slip a 4-2 lead, then stared down a set point, before rebounding strongly to sweep the final three games of the match.

The aggressive Kontaveit blasted 30 winners to Tomljanovic’s 18, but the Australian played a tidier match, limiting her unforced errors to 23 while Kontaveit sprayed 40.

Great touch from Ajla Tomljanović against No.5 Anett Kontaveit — a thrilling match so far on Court Suzanne Lenglen as the Aussie takes the first set, 7-6 (7-5)! pic.twitter.com/2fpyKweHEk

“There were a few key moments where I really could have mentally lost it a little bit and when it was happening I felt like this is where I in the past have screwed up a little bit,” Tomljanovic admitted.

“I was like, I don’t want to do this today, I want to be there for myself in that way and if I lose this I want her to beat me with her best tennis and not give her cheap points.

“I think that those moments I stayed really calm, but eager to step up.”

The result continues a lacklustre run of form for Kontaveit who, after an incredible finish to 2021 and blazing start to 2022, has now lost five of her past seven matches.

Tomljanovic’s victory was also the latest in a string of upsets that have blown the women’s draw wide open in Paris.

Kontaveit is one of four top-10 players to have already exited the tournament – and all were in the bottom half, where Tomljanovic sits.

The Australian will go into her next match against Gracheva hoping to reverse a 0-2 head-to-head record.

“I think this year hasn’t been the greatest, I haven’t had the greatest moments yet, but at the same time I could focus on a lot of positives and be in good spirits, which I’ve been trying to do when I came to Europe,” said the 29-year-old, who last week reached the WTA Rabat quarterfinals.

“No matter what I do, if I don’t come out today and really believe that I can do it, it doesn’t really matter what I’ve done before.

“I’ve kind of grasped that thing that it just matters in the moment where you are with your head.”