Samsung is in the final stage of developing a 200-megapixel camera for use on its next-generation Galaxy S23 Ultra smartphone, which is expected to be announced in early 2023, according to South Korea’s ETNews. 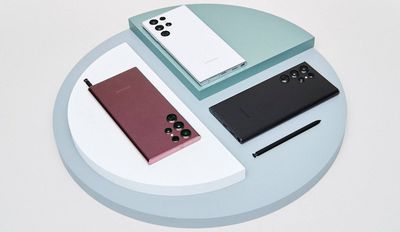 By comparison, the iPhone 13 Pro has a 12-megapixel main camera, but the iPhone 14 Pro is widely rumored to feature an upgraded 48-megapixel camera.

Like the Galaxy S22 Ultra, which has a 108-megapixel main camera, the S23 Ultra would likely use pixel binning, which merges data from multiple smaller pixels on the camera’s image sensor into one “super pixel.” Pixel binning is beneficial because simply increasing a smartphone camera’s megapixels while maintaining the same image sensor size results in smaller pixels, which generally capture less light.

On the Galaxy S22 Ultra, the main camera shoots 12-megapixel photos by default, with a toggle available in the camera app for shooting 108-megapixel photos. The default setting is ideal for most users, as high-resolution photos can have very large file sizes.

Apple’s director of machine learning, Ian Goodfellow, has resigned from his role a little over four years after he joined the company after previously being one of Google’s top AI employees, according to The Verge’s Zoë Schiffer. Goodfellow reportedly broke the news to staff in an email, saying his resignation is in part due to Apple’s plan to return to in-person work, which required…

Former Apple design chief Jony Ive, who still partners with Apple on products, has revealed his 12 must-have design tools for making, marking, measuring, and carrying with him every day. The list appears in a special issue of Financial Times’ “How to Spend It” magazine (paywalled), of which Ive is guest editor, and the designer uses the opportunity to put the focus on his obsession with…

Apple CarPlay is now available for Tesla vehicles – but only for owners willing to resort to a workaround that uses a connected Raspberry Pi. In the face of Tesla’s apparent indifference to repeated calls to bring CarPlay to its automobiles, Polish developer Michał Gapiński demoed his success in bringing Apple’s in-car system to his Tesla Model 3 earlier this year. As noted by Tesla North, …

We’re five months into 2022 with the Worldwide Developers Conference on the horizon, to be followed not too long after by Apple’s September event. The second half of the year is shaping up to be exciting, as rumors suggest we can look forward to an array of updated Macs, iPhones, and accessories set to launch. In our latest YouTube video, we rounded up the five products we can’t wait to get our…