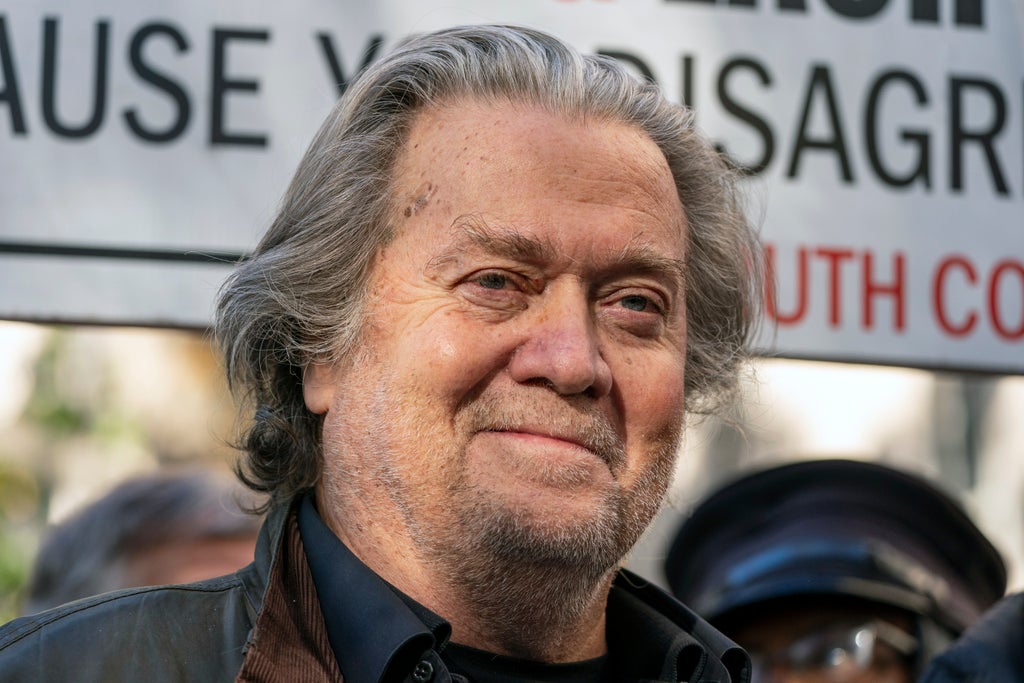 The former defence secretary, in A Sacred Oath: Memoirs of a Secretary of Defense During Extraordinary Timeshas made several astounding claims from his time at the White House when Mr Trump was president.

“You are going to be held accountable for this, bro.”

Mr Esper, in one of the claims, said Mr Trump had questioned why those protesting George Floyd’s murder during Black Lives Matter protests couldn’t be shot in the legs.

“The last year of the Trump administration… we prevented really bad things, dangerous things… that could have taken the country in a dark direction,” Mr Esper told CBS in an interview.

He claimed that in the last year of the Trump presidency, those around the former president were making suggestions that included attacking Venezuela, blockading Cuba, striking Iran and more.

He claimed Mr Trump had also suggested the US launch missiles into Mexico to eliminate drug cartels.

In response to Mr Esper’s allegations, Mr Trump refuted and denied many of the claims, except one in a questionnaire sent to him by CBS. When asked about the Mexico allegation, Mr Trump’s reply was “no comment”.

“Mark Esper was weak and totally ineffective, and because of it, I had to run the military. I took out ISIS, Qasem Soleimani, al­ Baghdadi, rebuilt the military with $2.5 trillion, created Space Force, and so much more. Mark Esper was a stiff who was desperate not to lose his job,” Mr Trump wrote.

Mr Esper, in another interview, believed his boss was a “threat to democracy”, alleging that his actions led to the Capitol riot last year.

“I think that, given the events of 6 January, given how he has undermined the election results, he incited people to come to DC, stirred them up that morning, and failed to call them off. To me, that threatens our democracy,” Mr Esper told Fox News.

Google might make us wait until 2023 for a Pixel foldable