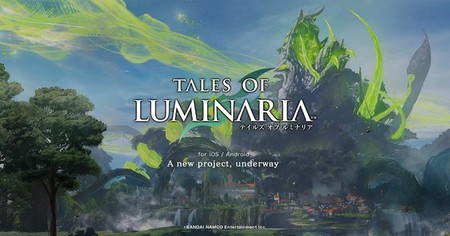 The English Twitter account for Bandai Namco Entertainment‘s Tales of Luminaria smartphone game revealed on Tuesday that the game will end service on July 19 at 10:00 p.m. EDT. The Japanese Twitter account similarly announced that the Japanese version of the game will also end service on July 20. Bandai Namco Entertainment also disabled the purchase of in-game PB-Stones on Tuesday.

The staff stated weekly episode distribution in the game has ended with the announcement. The staff added, “We unfortunately will not be able to fully depict the fate of the 21 heroes and must end the episodes in the middle of the story.” The staff have instead prepared a special “Episode Final,” that will take place right before the Tales of Luminaria the Fateful Crossroad anime.

The game is the “first completely original mobile title in the Tales of series, and it launched in Japan on November 3 and outside of Japan on November 4. Food Wars! Shokugeki no Soma manga artist Shun Saeki designed the characters for the game.

Tales of Luminaria the Fateful Crossroad, Kamikaze Douga‘s anime adaptation of the game, debuted on streaming services in Japan on January 21. Funimation and Crunchyroll streamed the anime on January 20.

Marcus Smart ruled out for Game 4 due to sprained ankle