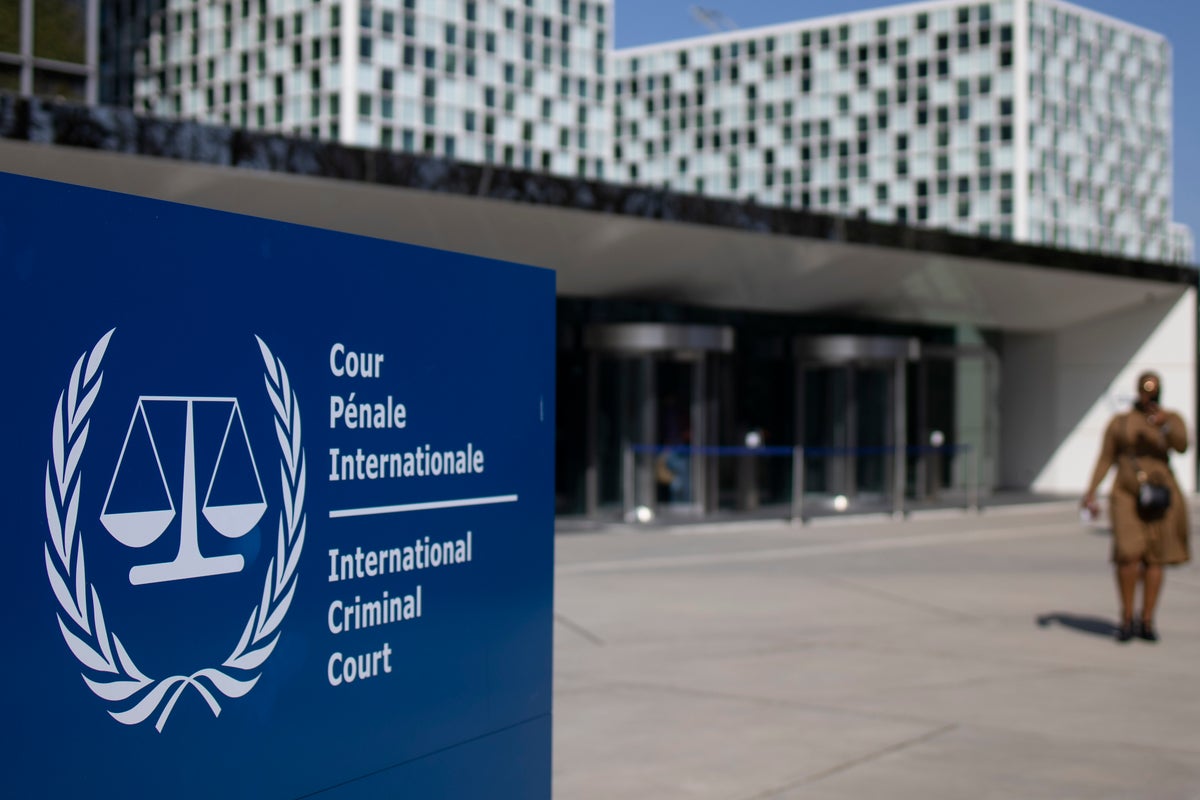 A Russian spy used a fake identity to apply for an internship at the Hague, the Dutch intelligence service said.

Sergey Vladimirovich Cherkasov pretended to be a Brazilian national called Viktor Muller Ferreira to try to infiltrate the International Criminal Court (ICC) in April, according to the Netherlands.

The ICC had accepted the man for the internship, he also said. The Dutch General Intelligence and Security Service (AIVD) said in a statement that the man was apprehended at an airport in the Netherlands, where he was declared to be an “undesirable alien” and put on the next flight back to Brazil, where he faces court proceedings.

Mr Akerboom said: “It clearly shows us what the Russians are up to – trying to gain illegal access to information within the ICC. We classify this as a high-level threat.”

ICC spokesperson Sonia Robla said: “The ICC takes these threats very seriously and will continue to work and cooperate with The Netherlands.”

‘Russia has not invaded Ukraine,’ Lavrov insists in BBC interview

Russian foreign minister Sergei Lavrov has insisted that Russia has not invaded Ukraine.

He told the BBC: “We didn’t invade Ukraine. We declared a special military operation because we had absolutely no other way of explaining to the West that dragging Ukraine into Nato was a criminal act.”

Lavrov repeated the official Kremlin line that there were nazis in Ukraine, and that the Russian military is “de-Nazifying” the country.

Former US embassy employee jailed in Russia on drug charges

A Russian court has reportedly sentenced a former employee at the US embassy to 14 years in prison on charges of drug smuggling.

Marc Fogel had been detained at Moscow’s Sheremetyevo airport in August 2021 with drugs. He had once worked at the embassy but at the time of his arrest was employed at the city’s Anglo-American school.

He will be imprisoned in a maximum-security penal colony, the agency added.

The US State Department did not immediately respond to a request for comment on Fogel.

In January, CBS News reported that Mr Fogel told lawyers who visited him that he used marijuana for medical reasons after spinal surgery.

The amount he possessed when detained was 17 grams or just over half an ounce, CBS quoted Mr Fogel as telling the lawyers.

Star S basketball player Brittney Griner was detained at a Moscow airport on 17 February on allegations of having cannabis oil vape cartridges in her luggage. This week her pre-trial detention was extended to 2 July.

Former US Marine Paul Whelan was sentenced to 16 years in a Russian jail on espionage charges in June 2020.

London to host summit to plan how to help rebuild Ukraine

A summit will be held in London tomorrow to establish how the UK can help rebuild Ukraine once the Russian invasion comes to an end.

Representatives from Ukraine and businesses will join international trade secretary Anne-Marie Trevelyan to discuss how UK firms can help with reconstruction efforts in areas including digital and services, water and sanitation, energy, power and transport.

The memorandum also recognises a new joint task force, which will help build partnerships between UK and Ukrainian businesses to assist the reconstruction of infrastructure in Kyiv.

The European Court of Human Rights (ECtHR) has intervened in the case of a 21-year-old Moroccan man sentenced to death alongside two Britons for allegedly fighting Russian forces.

The Strasbourg-based court will indicate to the Russian government that it should ensure the death penalty imposed on Brahim Saadoune is not carried out.

Mr Saadoune was sentenced to death on the same day as Shaun Pinner, 48, from Bedfordshire, and Aiden Aslin, 28, originally from Newark in Nottinghamshire.

It is not known whether Mr Pinner and Mr Aslin have made requests to the ECtHR.

The men were convicted of taking action toward the violent seizure of power, at a court in the self-proclaimed Donetsk People’s Republic.

Britain argues that Mr Aslin and Mr Pinner are legitimate members of the Ukrainian army and should be treated as prisoners of war.

The three men were accused of being mercenaries after fighting with Ukrainian troops.

Interfax, a Russian news agency, claimed they would be able to appeal against their convictions.

On June 14, Mr Saadoune’s representative made a request to the European court under Rule 39 to ensure his convention rights.

The court has requested the Russian government provide information in two weeks to show what actions and measures have been taken to ensure respect for the convention rights of Mr Saadoune.

The US said it was aware of reports that a third American citizen is missing after travelling to Ukraine.

Ned Price, spokesman for the US State Department, announced this at a press conference today.

He said: “There are reports of one additional American whose whereabouts are unknown… Our understanding was that this individual had travelled to Ukraine to take up arms.”

Mr Price also said that Washington has yet to ask Moscow about two Americans reportedly captured while fighting alongside Ukrainians against Russian invaders.

Alexander Drueke, 39, of Tuscaloosa, Alabama, and Andy Huynh, 27, of Hartselle, Alabama, have been missing for a week and are feared captured, their relatives have said.

Mr Price told reporters: “As of today, we have not raised this yet with the Russian Federation … [We] haven’t seen anything from the Russians indicating that two such individuals are in their custody.”

The US military said the two men had served in the US armed forces in the past – Mr Huynh for the Marine Corps and Mr Drueke in the Army Reserves – but provided no information about their current whereabouts.

France to decide on howitzers for Ukraine ‘in coming weeks’

Emmanuel Macron announced that a decision on supplying six more Caesar 155mm self-propelled gun-howitzers to Ukraine would be made in the next few weeks.

The French president made the announcement at a press conference in Kyiv, where he was on a solidarity visit alongside his German and Italian counterparts to meet Ukrainian president Volodymyr Zelensky.

Earlier, a source close to France’s defence ministry said Mr Macron has asked French arms manufacturer Nexter to make more Caesar howitzers so that he could send more of them to the Ukrainian army.

Since Russia invaded Ukraine, France sent 12 of the howitzers to the besieged country. The French army in total holds less than 80 such artillery weapon systems.

Mr Macron had urged Nexter – prior to his visit to Kyiv – “to review its organisation to be able to work in a ‘wartime’ mode to be able to produce Ceasars much more quickly for the French army”, the source said.

US yet to raise issue of missing Americans with Russia

The US State Department said it has not raised the issue of two missing Americans in Ukraine with Russia.

Earlier today, the White House said that it’s “working very hard to learn more” about the two US citizens who are missing in Ukraine and feared to have been captured by pro-Russian forces.

Alexander Drueke, 39, of Tuscaloosa, Alabama, and Andy Huynh, 27, of Hartselle, Alabama, were last in contact with their families on 8 June.

The pair did not return from a mission around the Kharkiv region of eastern Ukraine, where they had volunteered to fight to defend the country against the Russian invasion.

Is Cassidy Hutchinson testimony a ‘smoking gun’ that will lead to Trump facing criminal charges?