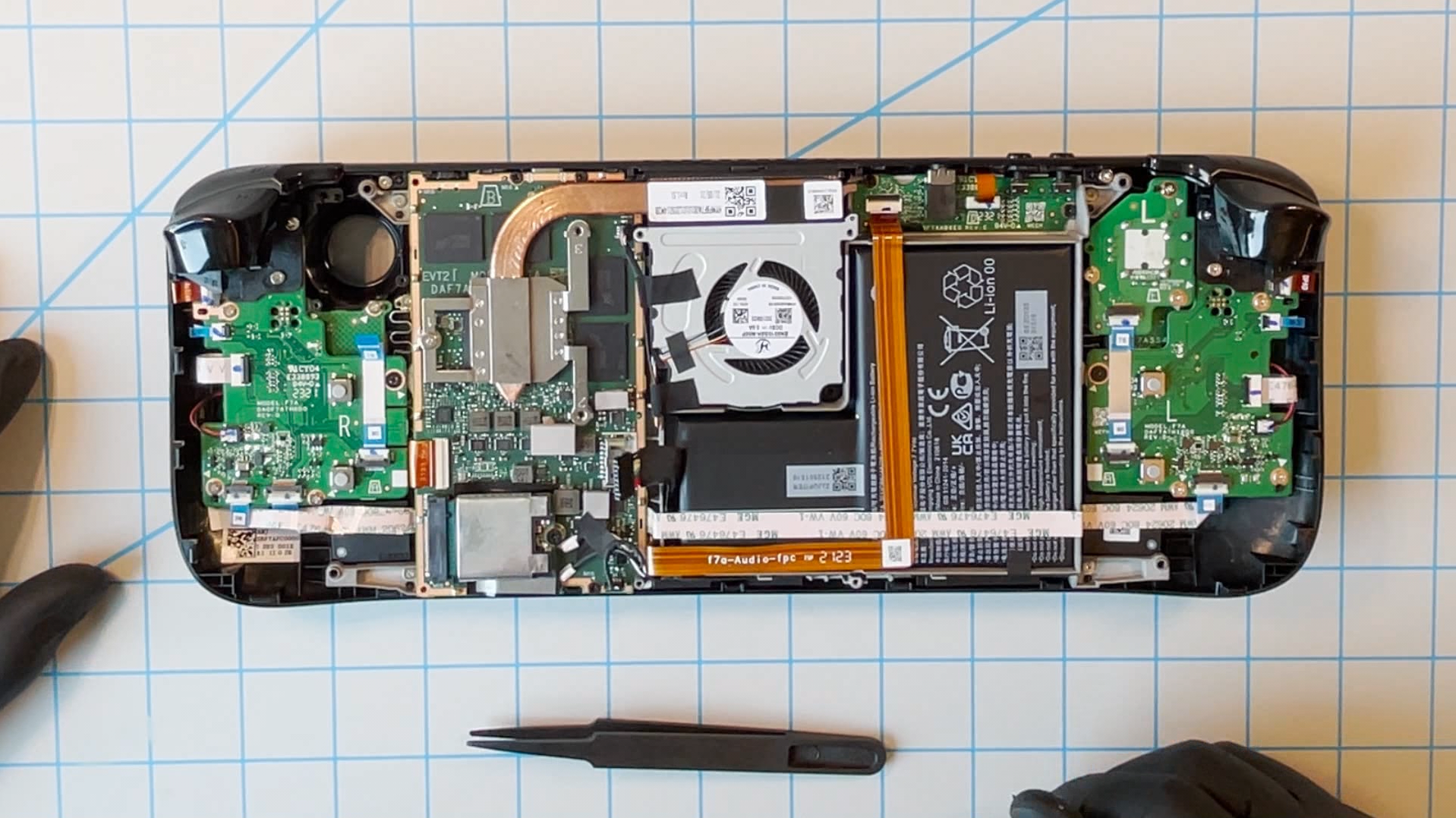 The list of parts can be found here. The cheapest parts are the membranes that go under buttons, starting at $4.99 for a new rubber membrane for the Steam button, D-Pad or action button. For $6.99, you can get new bumper assemblies, while trigger assemblies are $7.99. The actual buttons aren't yet for sale, but at least the joysticks are ($19.99 each).

Some components can be purchased with tools. A $24.99 Steam Deck Fan, for example, is $29.99 if you also want a screwdriver, tweezers and some picks to get the case open.

The new displays may be the most interesting fix offered. The 512GB Steam Deck has an anti-glare etched glass that is unique to the top-end model. iFixit is selling both the standard display for the 64GB and 256GB model (starting at $64.99) and the etched glass (beginning at $94.99). I'm sure some users may consider swapping out the displays on their devices.

There are also a series of iFixit replacement guides for the Steam Deck, which has instructions for tons of part that you can replace. It even includes the motherboard and battery, which iFixit doesn't have replacement parts for at the moment.

The fact that there's no battery at launch is questionable. The Steam Deck needs frequent recharging, so that's a part that's likely to see some serious wear and tear. Last week, iFixit CEO Kyle Wien told The Verge:

“We are building a solution for repairing the Steam Deck that includes all the step-by-step guides and parts that you need to fix your Deck. Our initial release includes the parts and tools to complete most repairs. We don’t have a solution for battery repairs on day one, but we are committed to working with Valve to maintain these devices as they age. Battery replacements are going to be essential to making the Steam Deck stand the test of time.”

Before Valve launched the Steam Deck, it posted its own teardown, but warned against doing it yourself. (It became a bit infamous among the PC gaming community for suggesting a battery explosion could kill you.) But it also partnered with iFixit, so at least you have the possibility.

iFixit gave the Steam Deck a 7 out of 10 repairability score, praising the opening procedure and modularity, but finding that the battery is hard to remove and that the charge port is soldered down.

Shaq And Kevin Durant’s Total Net Worth In 2022: All To Know