VERTU Paris has announced the launch of its new cutting-edge ‘VERTU Constellation X Ulm’ smartphone, which can only be acquired through purchasing one of its 10,555 VERU NFTs (VXCP NFTs).

The VXCP NFT collection launched on June 20th, with each costing $5,175 to mint. 1,000 of the NFTs went on sale on Binance NFT marketplace, whilst the remaining 9,555 are available at Galler.io.

The decision will be tough for many, as first and foremost, the phone itself is not only a combination of cutting-edge technology and high fashion, but it also retails at almost three times the mint price of a VXCP NFT ($14,890). It possesses an ultra fast performance package which includes an Octa-core processor that’s coupled with 12GB of RAM, and it’s also encased in a sleek design which features high-end hardware solutions such as a 50 MP camera (with multiple lenses), a complex security system built in partnership with privacy specialists COMMUNITAKE, and more. 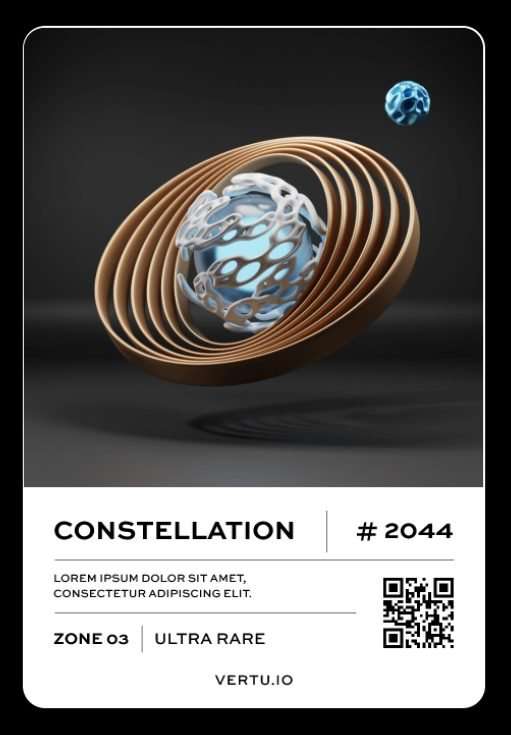 Those who decide to keep the VXCP NFT will receive access to the VERTU 3.0 Business Clubwhich gives holders the opportunity to attend private events that bring together an array of successful people from the company’s 300,000 private buyers list, the VERTU 3.0 Club, and other company Hall of Famers, such as Elon Musk, Stephen Joseph Squeri and other successful entrepreneurs.

Irrespective of what route they wish to take, each minter of a VXCP NFT will also have the chance of receiving a series of prizes which amount to (at least) $4.68 million in value. The prizes include cryptocurrency distributions worth $20,000 to $100,000 for every 79 NFTs sold, as well as four grand prize Bentley Bentaygas which come with exclusive VERTU colours and interiors.

While the mint takes place, VERTU Paris will also be making a $500,000 donation to Médecins Sans Frontières, an international, independent medical humanitarian organisation.

*All investment/financial opinions expressed by NFT Plazas are from the personal research and experience of our site moderators and are intended as educational material only. Individuals are required to fully research any product prior to making any kind of investment.

What Are The Next Big NFT Games to Earn Money ?

Keanu Reeves Emerges as Unlikely Champion of the Blockchain