Warriors offseason preview: After title, extensions for everybody? 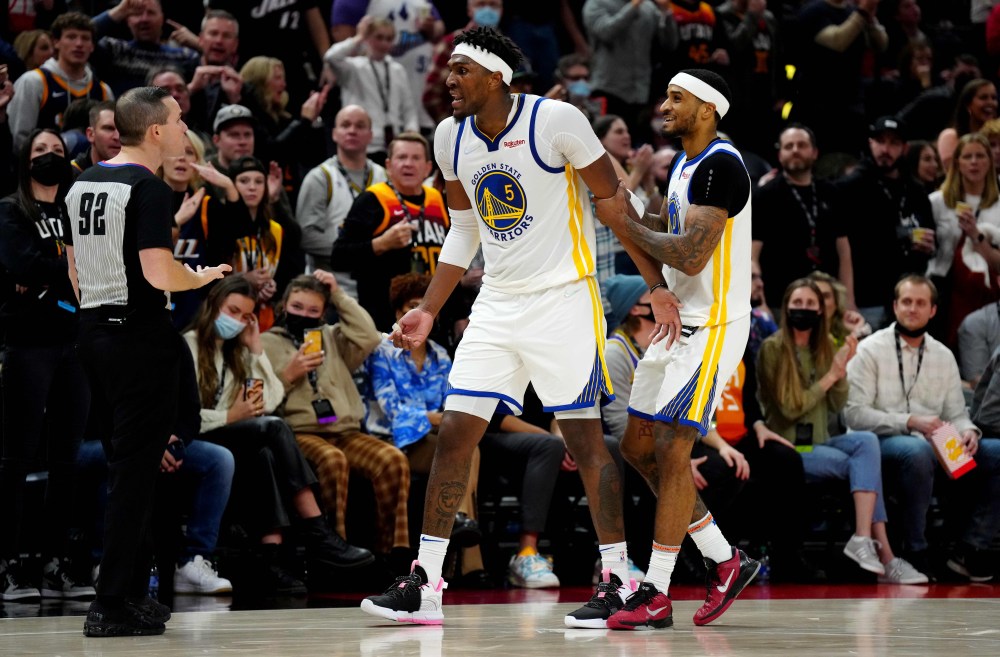 The Warriors are set to pay a luxury tax payment of $170.3 million for the 2021-22 season, which gives them a $346.2 million payroll and luxury tax combination for the roster. They had such a large payment because they were subject to higher tax rates since they are in the repeater tax, and they will continue to be in it for the foreseeable future. However, it’s possible the Warriors bring back key role players and fill out the roster while having a luxury tax payment within the vicinity of last year’s $170 million payment.

They are heading into the offseason $24.2 million over the luxury tax projected at $149 million with nine players, including the 28th overall pick in this year’s draft. That already gives them an $85.3 million luxury tax payment, and it will rise to at least $125 million by virtue of reaching the 14-player minimum roster requirements.

It seems like a good bet that at least one of Looney or Payton II return, both of whom could get starting salaries in the taxpayer MLE range. Assuming no other Warriors are moved, re-signing just one of them could add an additional $30 million to their luxury tax payment. Re-signing both could make their payment exceed $150 million, and would likely reach the $180 million range if they fill the rest of the roster with minimum signings. A payment in the $180-190 million range could be viewed as reasonable considering they just reached the finals with a $170 million payment.

Last year they didn’t use the taxpayer MLE mainly because they couldn’t land one of their preferred targets, including Patty Mills. If the right player is available for the taxpayer MLE, which could include bringing back Porter, they could consider making such a signing if they feel it raises their title odds. However, a line could be drawn on using the $6.4 taxpayer MLE on top of bringing back Looney and Payton II. In that scenario, their luxury tax payment could reach $225 million, which could give them a payroll and luxury tax combination north of $420 million.

Estimating their 2023-24 luxury tax is tricky right now as it has a lot of variance due to potential new deals for Wiggins, Poole, and Green. If they keep just about everybody discussed, their roster could cost north of $500 million that year.

Round-trip flights from NYC to Caribbean for around $300