Vin Diesel's characters have found themselves in quite a few precarious positions, some of which take place in the future. Now he can add to his resume “T-Rex Tamer” because in a newly dropped trailer for ARK 2we see the rendered actor riding atop a Tyrannosarus rex. We don't know if his prehistoric ride goes very fast, but it sure is furious.

Developed by Studio Wildcard, the same team that released ARK: Survival Evolved (which is free right now, more on that in a moment) in 2015, ARK 2 stars Vin Diesel as the game's hero Santiago, father to Meeka, who is played by Auli'i Cravalho. She's the same actress who voiced the character Moana in Disney's 3D animated musical by the same name in 2016.

“Like any good persistent-world online survival game, Survivors in Ark 2 each have their own unique path through the game, as they form their own tribe, make their own friends, and attempt to build their own creature-aided civilization,” Studio Wildcard explained in a post on Xbox Wire.

It looks and sounds like the studio is aiming for a different kind of gaming experience in the sequel. Players can expect redesigned core player mechanics in a third-person only perspective, with brand new controls and movements for both players and creatures. Studio Wildcard says it drew inspiration from game systems like Assassin's Creed (automatic parkour movements) and The Legend Of Zelda: Breath of the Wild (climbing).

The game also “draws heavily from Souls-like action for its human-scale combat,” which hints at a higher difficult level. While that type of gameplay is not for everyone, it's proven immensely popular, most recently with Elden Ring. 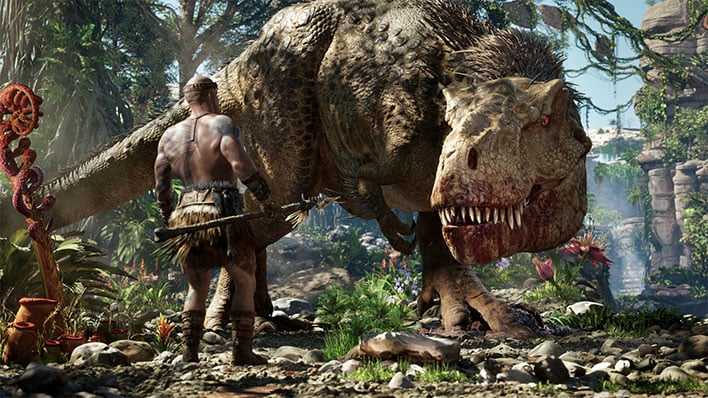 “For creature-scale combat, suffice it to say for now that when you attack something with your T-Rex in Ark 2, the results are visceral: the animation of the attack actually hard-impacts on the target (not “passing through” it), the victim’s flesh is torn, and the target physically reacts at that location to the hit – all to convey the feeling of the raw power of such a ferocious creature!,” the developer explains.

Simply put, the developer says the goal with ARK 2 is to create the game that it always wanted ARK: Survival Evolved to be. That's going to take a bit of extra time, apparently, as it was announced during the Summer Game Fest 2022 event that ARK 2‘s launch is being pushed from 2022 to 2023.

Score ARK: Survival Evolved For Free While You Can 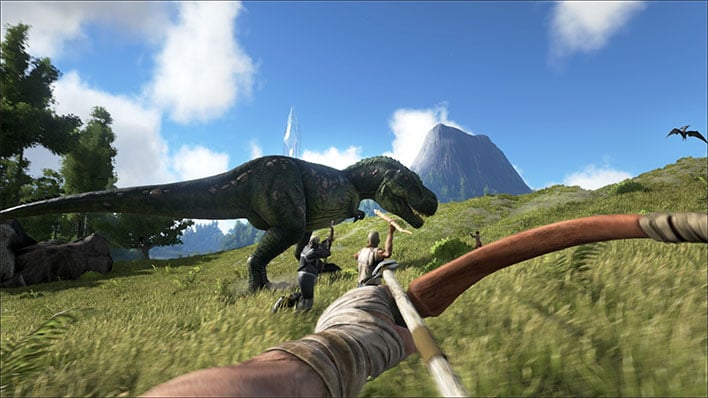 On the bright side (regarding the delay), that gives you time to catch up on ARK: Survival Evolvedif you want to play the first title before the second one comes out. Even better, it's free on Steam (save $29.99) right now. The only caveat is that you have to claim it before 1:00pm on June 19, 2022 (this Sunday).

The original title puts players on a stranded island inhabited with dinosaurs. It features both single-player and multi-player gameplay, tasking players with hunting, harvesting resources, crafting items, growing crops, researching technologies, and building shelters. You can also kill or tame over 100 creatures using a capture-and-affinity process (knock it unconscious then nurse it back to health with food).