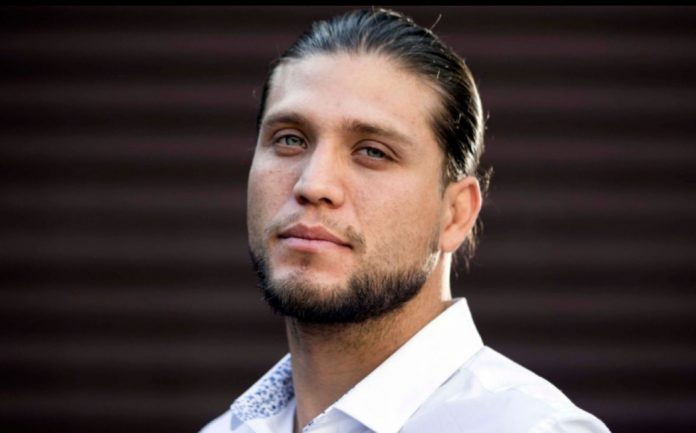 Here, we will discuss who Brian Ortega is dating. What do we know about the MMA Champion’s girlfriend and noteworthy career? Starting from the basics, Brian Martin Ortega is gaining huge prominence by competing in the Featherweight division of the UFC. It was on 31 July 2020 that Brian peaked the number two in the UFC featherweight rankings. With immense hard work and practice, he has been able to win fifteen matches out of eighteen. Not to forget to mention he held the 1st-degree black belt in Brazilian jiu-jitsu under Rener Gracie. Last year, Brian made it to the Fight of the Year while fighting against Alexander Volkanovski, as per ESPN.

Knowing his versatility in the ring, fans are interested to learn if Brian is sharing romance with anyone. Well, he made his relationship official to the public in the mid of last year. He and his girlfriend are very much vocal about their romance. Little did you know, his girlfriend is also a professional mixed martial artist, competing in the flyweight division of the UFC. Let’s dig into this article to learn who Brian Ortega is dating.

Who Is Brian Ortega Dating?

Brian Ortega is dating Tracy Cortez. In case you aren’t well aware, Tracy Cortez was earlier signed to the Invicta Fighting Championship. Very recently, more precisely, on 7 May 2022, she won the fight against Melissa Gatto by unanimous decision.

It was on 10 July 2021 that Brian Ortega’s Girlfriend, Tracy Cortez made their relationship public for the first time by posting a picture of her with him on her social media account. That hinted to the fans about Brian Ortega dating Tracy Cortez. These love birds always gush about one another in the interviews when asked. When asked about Tracy, the MMA Champion confirmed her to be very supportive, loving, understanding, and caring. That’s what a lover should possess, right? With time, their relationship grows stronger, and thus they appear to be inseparable.

Meanwhile, Brian Ortega sparked engagement rumors with his girlfriend. Tracy has been spotted wearing a beautiful diamond ring on her finger. This made their fans speculate if the rumors were true. However, neither of them has made any official statement, making confirmation about it.

Because of Tracy’s win at the match on 7 May 2022, Brian being her boyfriend, posted several pictures celebrating. He is very happy about her success. It seems like Tracy and Brian are looking forward and hoping their romance lasts forever!

Besides knowing who Brian Ortega is dating, fans are interested to learn more about him. Born on 21 February 1991, Brian is 31 years old at present. He was born in San Pedro, California, United States. You may follow Brian Ortega on his Instagram account has more than 923K followers as of now. As far as his height and weight are concerned, Brian is 1.73 meters tall and weighs 66 Kg, respectively.

Throughout his career to date, Brian Ortega has fought against various renowned artists such as Chan Sung Jung, Frankie Edgar, Jordan Renaldi, Brady Harrison, and many more. It was in 2017 when Brian made it to the World MMA Awards, being the Breakthrough Fighter of the Year. Last year, at the MMA Mania, he made it to the fight of the year while fighting against Alexander Volkanovski. While playing in the UFC, he made it to the Performance of the Night twice. To be more precise, those two were fought against Cub Swanson and Frankie Edgar. Brian is pretty much successful, and his hard work and practice are evident in each of the fights that he takes part in. He inspires a lot of people who are willing to pursue their careers in mixed martial arts.

Best Wishes to Brian Ortega for the upcoming days of his career.

Also Read: Who is Ncuti Gatwa’s Ex-Girlfriend? The Sex Education Actor’s Past Relationship