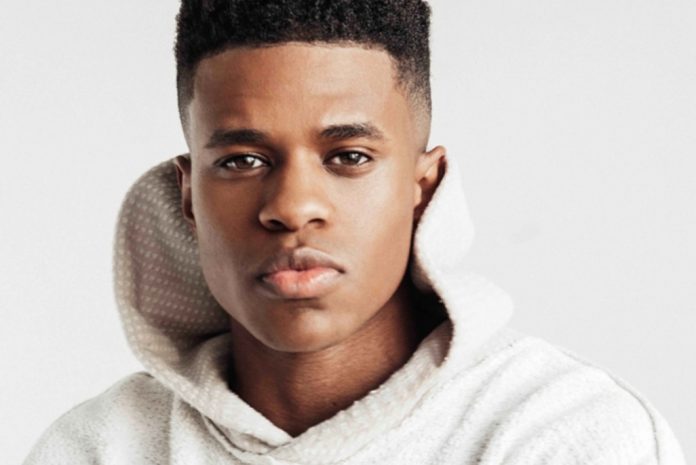 Today, we shall learn things about Jeremy Pope’s Partner. What do we know about the actor’s love interest and noteworthy acting career? Starting from the basics, Jeremy Pope has gained huge fame for his role as Eddie Kendricks in Ain’t Too Proud, released back in 2019. Being a successful theatre actor, some of his hit works include- The Collaboration, Invisible Thread, The View Upstairs, and a few more.

Last year, he starred in the television series, titled Pose, in the leading role of Christopher. For his role in Choir Boy, he received the Theatre World Award too. Little did you know, Jeremy Pope is also a versatile singer. In 2020, he released a couple of songs- Time After Time and September, receiving a massive fanbase.

Well, when we talk about Jeremy Pope’s Partner, you might not be well aware of his sexual orientation. He doesn’t label himself as bisexual or pansexual. But, he is very much vocal about his interest in both men and women. Jeremy is in a happy relationship with his long-time love interest, a model. Being his die-hard fan, you will be happy to know that the actor has decided to take this relationship to a next level, real soon. Let’s dive deeper into this article to learn more about Jeremy Pope’s Partner.

When we talk about Jeremy Pope’s Partner, we mean Benjamin Jonathana model. Well, he maintains a bit low profile if compared with Jeremy. That’s the reason why nothing much about is known. He seems to be an introverted and shy person too. Also, the actor has tried to keep his love interest a bit away from the limelight.

Jeremy started dating him in 2018. After being romantically together for a few years, the love birds finally got engaged in September 2021. When asked about Benjamin, he said that his partner is very supportive of him. He added saying him to be always cheering him up, understanding, and most importantly motivating. With Benjamin, Jeremy had made several appearances, especially at the events, and is pretty much open about their romantic relationship.

They are looking forward to getting hitched anytime this year. But, they haven’t revealed the date yet. Witnessing their pictures, we may say that Jeremy and Benjamin do make an adorable pair. The couple looks happy and sorted in life. In short, we may say Jeremy and Benjamin look inseparable Fans are highly excited for the fall of their wedding news and pictures for sure! Good wishes to the couple with the hope that their romance lasts forever.

Also Read: Who is Lauren Hutton’s Partner? Is The Model Dating Anyone At The Age Of 78?

Besides knowing who is Jeremy Pope’s Partner, and their relationship details, fans are interested to learn more about the actor. Born on 9 July 1992, Jeremy is currently 29 years old. He was born in Orlando, Florida, United States. For more highlights of him, you may follow him on Instagram and Twitter, having 668K and 40.1K followers respectively.

Moving on with his acting career, some of his appreciated works include- One Night in Miami and The Ranger. You will be happy to know that Jeremy is set to release his upcoming film- The Inspection. Back in 2020, he starred in a television series, Hollywood, where he incredibly led the role of Archie Coleman. for this work, he also garnered African-American Film Critics Association.

Talking more about him, some of Jeremy’s hit music creations include- New Love, Be Great, Wait For You, etc. Being a huge supporter of the LGBTQ community, he was titled one of those fifty heroes for ‘leading the nation toward equality, acceptance, and dignity for all people’. He was honored with this at the Pride Parade, Queerty.

Best Wishes to Jeremy Pope for the upcoming days of his career. Hoping his future works earn him more success shortly.

Also Read: Who Is Bobby Seagull’s Partner? Who Is The Teacher Dating In 2022?

How BUD Plans To Bring The Metaverse To The Masses

We Take Ourselves Out to the Ball Game